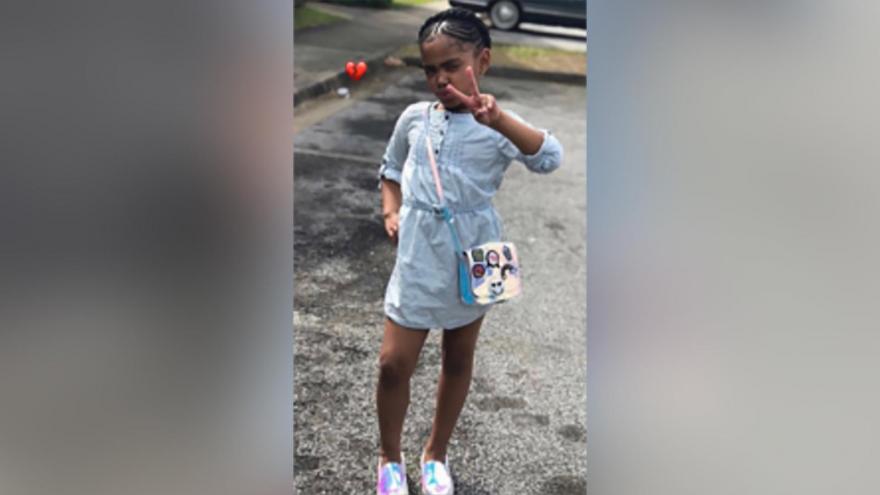 A warrant has been issued in the shooting death of an 8-year-old Secoriea Turner over Fourth of July weekend, the Atlanta Police Department said.

(CNN) -- A suspect in the shooting death of an 8-year-old girl in Atlanta over the Fourth of July weekend has turned himself in to police, his attorney said Wednesday.

Secoriea Turner was shot and killed July 4 while sitting in a car with her mother and an unidentified male while they attempted to turn around in a parking lot that had an illegal barricade.

Conley is in custody at the Fulton County Jail. His attorney, Jackie Patterson, said he will file a motion for bond and expects it could take between two to four weeks.

Conley denies he was involved in the shooting, but admits he was present at the scene carrying a weapon, Patterson told CNN.

"He was out there peacefully protesting," Patterson said. "He doesn't know the people who did the shooting. He just witnessed it."

According to his attorney, Conley alleges there were "between three and four people" who fired on the car. Police have said the shooters were two men.

"It was so much chaos," Patterson said of how his client describes the shooting scene.