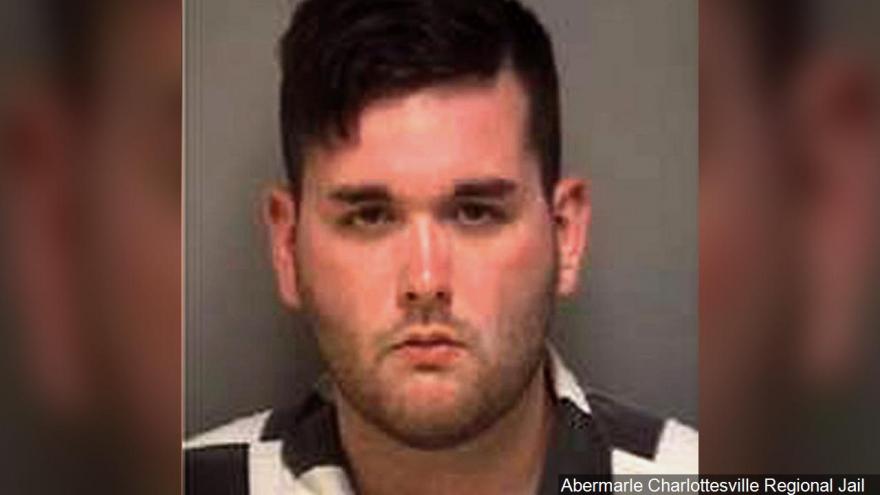 CHARLOTTESVILLE, Va. (AP) — A reputed Hitler admirer accused of plowing a car into a crowd of protesters in Charlottesville, killing a young woman, was charged Wednesday with federal hate crimes in a case arising from the white nationalist rally that stirred accusations President Donald Trump was emboldening racists.

James Alex Fields Jr., who already faced murder and other charges under Virginia law, was indicted on 30 additional federal charges stemming from the 2017 attack that killed 32-year-old Heather Heyer and injured dozens of others who had gathered to protest the white nationalists.

"At the Department of Justice, we remain resolute that hateful ideologies will not have the last word and that their adherents will not get away with violent crimes against those they target," Attorney General Jeff Sessions said in a statement. "Last summer's violence in Charlottesville cut short a promising young life and shocked the nation."

With his statement and the decision to bring the charges, Sessions struck a sharply different tone than the president, who sparked an uproar last year when he blamed the violence at the rally on "both sides."

Described by a former teacher as having a keen interest in Nazi Germany and Adolf Hitler, Fields allegedly drove his speeding car into a group of people demonstrating against the "Unite the Right" rally. The Aug. 12 event drew hundreds of white nationalists to the college town, where officials planned to remove a statue of Confederate Gen. Robert E. Lee.

The car attack came after the rally had descended into chaos, with brawling breaking out between white nationalists and counterdemonstrators. Authorities then forced the crowd to disband.

Fields, 21, of Maumee, Ohio, has been in custody since the attack. Prosecutor Joseph Platania said in a statement that the federal indictment would have no effect on the pending state case.

The attorney representing Fields on those counts declined to comment. Fields is expected to appear in federal court soon, possibly next week.

The eight-page indictment alleges that he decided to attend the rally on or before Aug. 8. As he prepared to leave for Charlottesville, a family member sent him a text message urging him to be careful.

Fields replied, "We're not the ones who need to be careful," and attached an image of Hitler, according to the indictment, which also says Fields used social media to promote racist views, including support for the Holocaust.

At the rally, he engaged in chants promoting white supremacy and other racist and anti-Semitic views, the indictment said.

After the crowd broke up, Fields drove his car toward the area where a "racially and ethnically diverse crowd" had gathered to protest, the indictment said.

He "rapidly accelerated, through a stop sign and across a raised pedestrian mall, and drove directly into the crowd," it said.

Surveillance footage from a Virginia State Police helicopter monitoring the event captured the moment of impact by the car and showed the vehicle as it reversed and drove away. It was pulled over a relatively short time later.

At a news conference, U.S. Attorney Thomas Cullen said the civil rights charges against Fields were "the most serious possible under federal law."

The indictment brought charges under two hate crime statutes, including the one under which Dylann Roof was prosecuted for the 2015 killings of nine black parishioners at a church in Charleston, South Carolina. Twenty-nine of the counts were brought under that statute, which carries a maximum penalty of life in prison.

A single count was brought under a provision of the Civil Rights Act of 1968. That charge accused Fields of racially motivated violent interference with a federally protected activity — in this case, the use of the public streets and sidewalks of Charlottesville. The charge is death-penalty eligible, although that decision has not yet been made, Cullen said.

The federal case is not the first to be filed by Sessions' Justice Department, but it is certainly the highest-profile one. His critics have aired concerns for the last year about what they see as less aggressive enforcement of civil rights laws and the department's lack of intervention with police departments that have troubled relationships with minorities.

Kristen Clarke, a former hate crimes prosecutor and president of the liberal Lawyers' Committee for Civil Rights Under Law, said in a statement that her group was pleased with the federal indictment but that more work remains to be done to address the country's growing "hate crime crisis."

Silence on Sessions' part "was simply not an option" because the Charlottesville rally "stands as one of the most violent hate rallies to be carried out in this country in recent time," she said.

Heyer's mother, Susan Bro, told news outlets, including Roanoke television station WDBJ7, that she had not read the full indictment yet and was not sure yet how she felt about it.

"I think it's a tragedy all the way around," Bro said. "I lost my child, but he's also so young to be so stupid, and I really hate that for him. But I didn't make the choices. He made them."