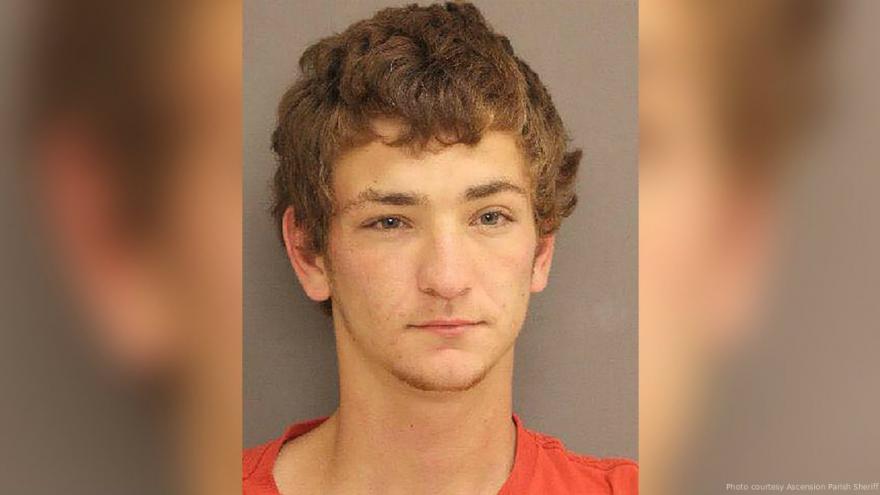 Theriot, 21, was apprehended following a night on the run after being named a suspect in the shooting deaths of his parents, his girlfriend, and her father and brother in two separate shootings Saturday.

Elizabeth and Keith Theriot, both 50, were at their home near Baton Rouge when the suspect killed them, Ascension Parish Sheriff Bobby Webre said.

When authorities arrived at the scene, Keith Theriot was still alive and told them his son shot them, authorities said.

Dakota Theriot's girlfriend, Summer Ernest, and her relatives were found dead in a home 30 miles away. The dead included her father, Billy Ernest, 43, and her brother Tanner Ernest, 17, according to authorities.

Theriot was dating Summer and had lived with the Ernests for several weeks, Livingston Parish Sheriff Jason Ard said. He was recently asked to leave the residence and not return, according to authorities.

A 7-year old and a 1-year-old were found in the home, but were unharmed and are now with their mother.

"This is probably one of the worst domestic violence incidents I've seen in quite a while," Webre said. "For a young man to walk into a bedroom and kill his mother and his father, and then kill friends in Livingston that he had a connection with."

There were no red flags ahead of the two shootings Saturday morning and other than a simple possession of drug paraphernalia charge, Theriot had no other run-ins with the Livingston Parish Sheriff's Office, Ard said.

Theriot had last been seen driving a gray and silver 2004 Dodge pickup truck belonged to the Ernest family, authorities said.

Theriot will be taken back to Ascension Parish, Louisiana, and booked on two counts of first-degree murder, home invasion and illegal use of weapons, investigators said Sunday.