Suspect in Jayme Closs case confessed to killing her parents and kidnapping her, complaint states 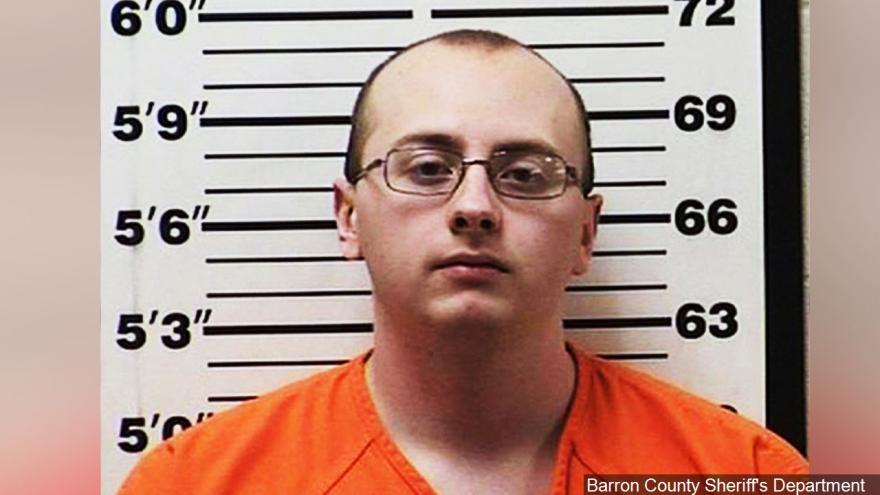 The suspect in the kidnapping of Jayme Closs, Jake Thomas Patterson, 21, is charged with one count of kidnapping. He is also charged with 2 counts of first degree homicide for the murder of Jayme's parents, per Douglas County Sheriff Tom Dalbec .

The complaint said that Patterson, 21, first spotted Jayme while on the way home from work when he was stopped behind a school bus and watched Jayme get on the bus.

Patterson told police he had no idea who Jayme was, but "the defendant states, when he saw (Jayme) he knew that was the girl he was going to take."

The criminal complaint comes on the same day that Patterson will make his first court appearance in Barron County to face charges of intentional homicide, kidnapping and armed burglary.

On Thursday, Jayme was found alive and well about 70 miles from her home in rural northwestern Wisconsin. Patterson is accused of shooting and killing Jayme's parents before abducting the 13-year-old from her home on October 15.

But after going missing for 88 days, Jayme was rescued Thursday while walking down a road in Gordon, Wisconsin in frigid weather without a coat and gloves. She had fled the home where law enforcement says she was being kept, and found a woman walking her dog. That woman then took Jayme to a nearby home and called police.

Aunts, cousins and more of her family members will be in court in Wisconsin when Patterson makes his first court appearance, family member Angela De Andriano told CNN.

De Andriano, who is the niece of Jayme's aunt, Sue Allard, told CNN in a phone interview that Sue, her sister Jennifer and Sue's son Jake Allard are all expected to be in court for Patterson's appearance.

According to De Andriano, the family wants to be in court because "they want justice."

The court appearance and criminal complaint are likely to add more details to some of the remaining unanswered questions in the case, such as why Jayme was targeted and how she managed to escape.

Amid those unanswered questions, Barron County Sheriff Chris Fitzgerald told CNN Monday morning he knew one thing for sure.

"I did meet with Jayme last night, and that shy 13-year-old girl that we've been describing for 88 days has got a big smile on her face," he said.

Investigators piece together the case

Sheriff Fitzgerald said that the case was still very active and that he could not share details of what Patterson had told authorities. He did say that Patterson acted alone and that he had a "very targeted approach and planned out attack" on the family.

Investigators are working to piece together what happened over the last three months, including the conditions of the house and how she escaped.

Nearly three years ago, Patterson worked for one day at the same meat products facility where Jayme's parents worked -- the Jennie-O Turkey Store plant in Barron -- the company's president said. Patterson quit, saying he was moving from the area, according to the company.

Authorities have said they don't believe Patterson crossed paths with Jayme's parents there.

Fitzgerald said that he did not believe there was a connection between Patterson and the Closs family, and there was no social media contact or digital footprint connecting them. Detectives have been searching the suspect's home for clues and evidence that could help explain what happened.

"All I know is that she was able to get out of that house and get help and the people recognized her as Jayme Closs right away," Fitzgerald said over the weekend.

Closs was released from a Minnesota hospital Friday and is staying in Barron, Wisconsin, with an aunt.

"It was great to know she was next to me all night," and "what a great feeling to have her home," she wrote.