Suspect in Philadelphia standoff has been identified as Maurice Hill 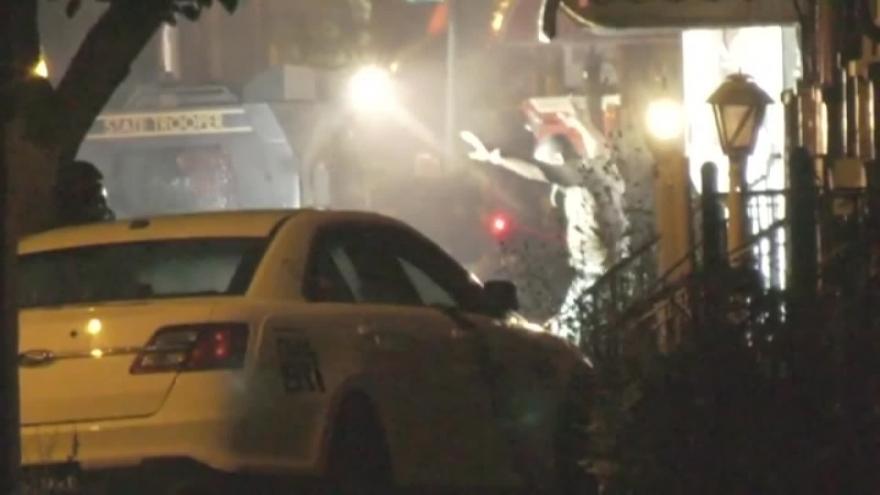 A man who police say shot at officers during a standoff that lasted nearly eight hours in Philadelphia has been identified as Maurice Hill, Philadelphia Police Commissioner Richard Ross told CNN. Source: Stringer for CNN
By Faith Karimi, CNN

(CNN) -- A man who police say shot at officers during a standoff that lasted nearly eight hours in Philadelphia has been identified as Maurice Hill, Philadelphia Police Commissioner Richard Ross told CNN.

Police officers trying to serve a narcotics warrant entered a row house in the Nicetown-Tioga neighborhood Wednesday afternoon. As they moved toward the kitchen area, a man fired multiple rounds, forcing some officers to escape through the window, authorities said.

The man then barricaded himself in the home and fired shots at officers, police said. Six officers were wounded in the ordeal, and the suspect was arrested shortly after midnight.

The suspect told the police commissioner that he had an "extensive" criminal history, Ross said in a morning news conference, without offering specific details on the suspect's past.

At one point during the incident, the police commissioner said, the suspect was in contact with his girlfriend via video chat. Negotiators then used information about the girlfriend and the suspect's newborn as leverage to "appeal to him and his sense of reasoning," Ross said.

Johnson told CNN affiliate KYW that he is Hill's former attorney. He said the suspect called him Wednesday evening while he was watching the drama unfold on television.

"He did not want this to end violently," Johnson told the station, adding, "I told him you got to surrender now, you know, in short you have to surrender."

Johnson engaged the suspect in conversation, Ross said, but police ultimately used tear gas to force the suspect out of the house.