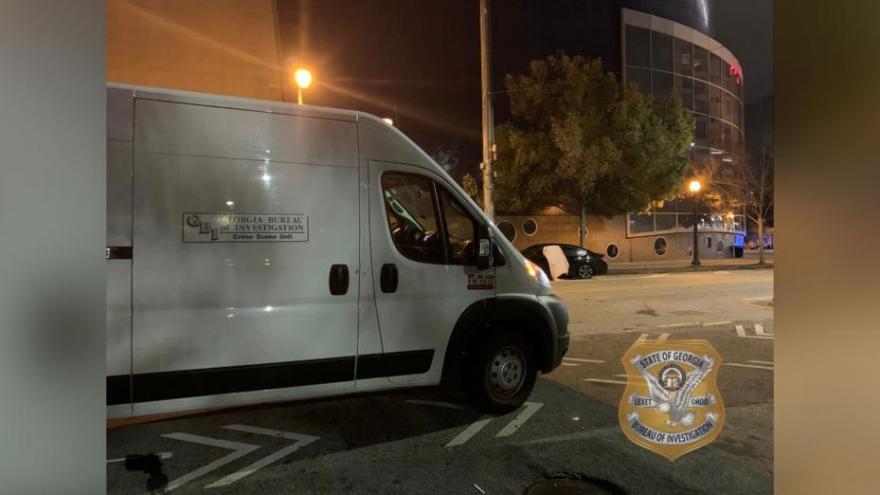 An exchange of gunfire that left one man dead and an off-duty reserve police officer injured on October 25 is under investigation, authorities in Georgia said.

(CNN) -- An exchange of gunfire that left one man dead and an off-duty reserve police officer injured is under investigation, authorities in Georgia said.

The off-duty Molena Police Department reserve police officer was working for a parking enforcement company in downtown Atlanta on Monday evening when a man approached his vehicle and shot at the officer, a Georgia Bureau of Investigation news release states.

The officer, who was struck in the neck, shot and killed the suspect, according to the release.

"Agents on scene found the man who died in possession of a firearm. The officer is being treated at a local area hospital for non-life-threatening injuries," the release states

The findings of the GBI investigation into the shooting will be presented to the Fulton County District Attorney's Office for review.