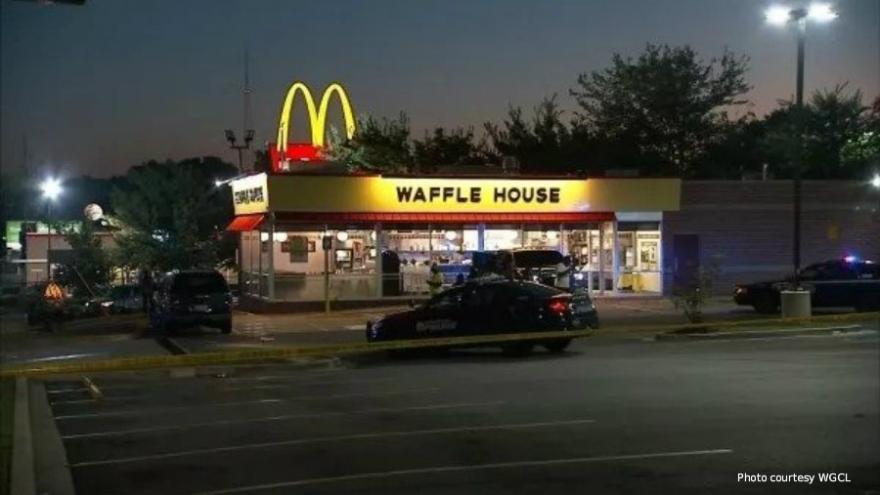 Atlanta, Georgia (WGCL) -- A man was shot and several customers were robbed at a Waffle House location in Midtown early Tuesday morning.

The incident happened around 6 a.m. at the Waffle House on Northside Drive near the intersection with 14th Street.

Witnesses say the suspect came into the restaurant and went into the bathroom. He later emerged wearing a clown mask and proceeded to rob several patrons and employees at gunpoint.

The suspect, only described as a black male wearing a dark-colored hoodie with tan pants, then fled the scene in a white Marcury Grand Marquis which was later recovered in the area of 9th and Curran streets.