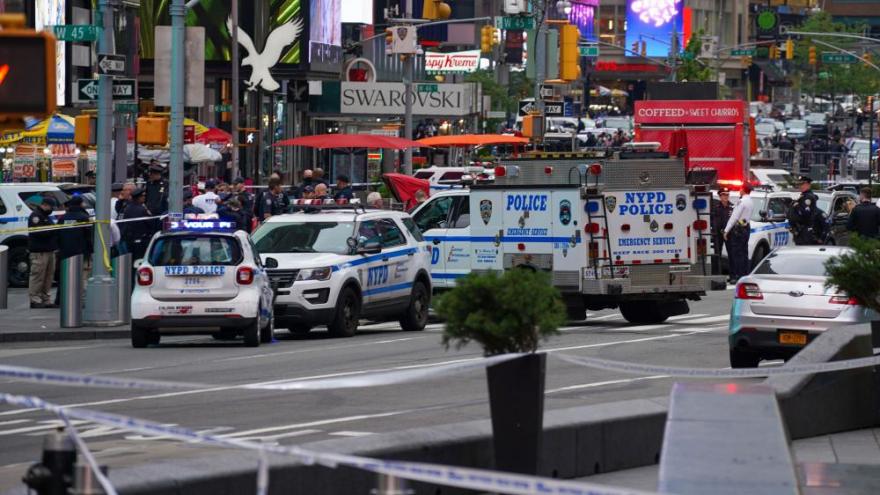 Three people, including a child, were injured in a shooting near West 44th St. and 7th Ave in New York City on May 8.

(CNN) -- Farrakhan Muhammad was extradited from Florida to New York City and charged Friday evening in connection to a shooting at New York City's Times Square earlier this month, according to police.

Muhammad, a 31-year-old New York City resident, has been charged with attempted murder, three counts of assault, four counts of criminal use of a firearm and three counts of reckless endangerment, the New York Police Department confirmed to CNN Saturday.

Two women and a 4-year-old girl were wounded during the May 8 shooting.

Muhammed was taken into custody by U.S. Marshals at a McDonald's in Starke, Florida, on May 11, CNN affiliate WCJB reported.

In an exclusive interview with WCJB at the Bradford County Jail, Muhammed denied his involvement in the shooting, saying he wasn't in New York City at the time.

CNN has not been able to identify an attorney for Muhammad and has contacted the U.S. Marshals Service and the Manhattan District Attorney's Office for additional details.