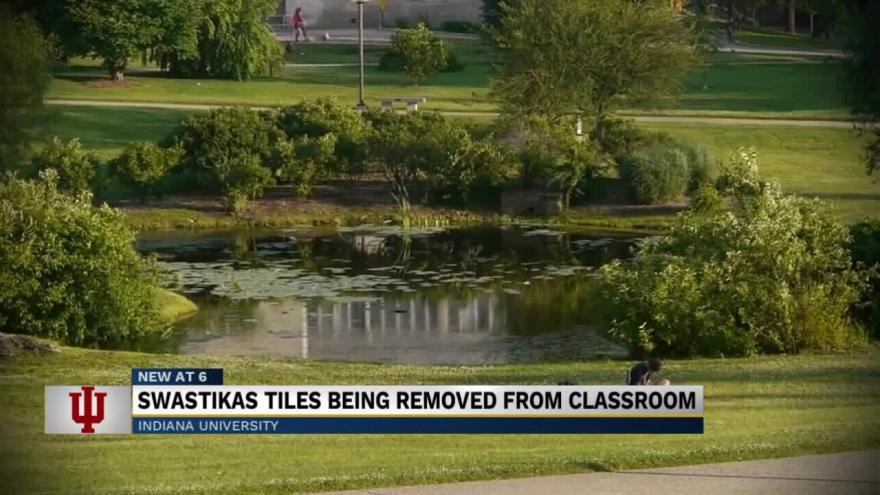 BLOOMINGTON, Ind. (AP) — Tiles with images of swastikas that were installed more than a century ago have been removed from the walls inside an Indiana University building.

The Bloomington school says the tiles at the Indiana University School of Public Health classroom building were installed before the swastika was adopted as the symbol of the Nazi Party. They're among tiles that include symbols from different cultures.

The (Bloomington) Herald-Times reports an explanation of the symbol's history was posted near the tiles for many years, but some still found the tiles offensive.

The school says the swastika tiles will be sanded to remove the symbol and remounted.

The tiles were installed during the construction of the original IU Men's Gymnasium in 1917. It's now part of the IU School of Public Health classroom building.

Information from: The Herald Times.