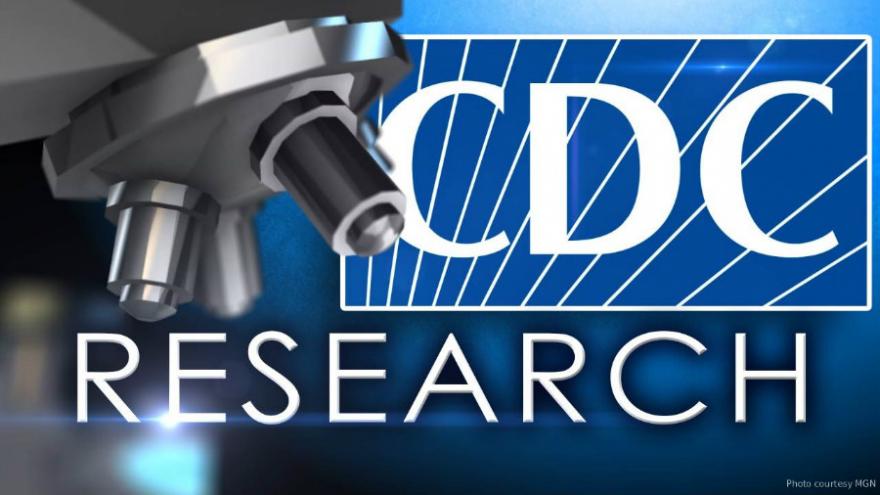 (CNN) -- Congenital syphilis cases -- when a mother passes syphilis onto her baby during pregnancy or delivery -- have more than doubled in the United States since 2013, according to an report released Tuesday by the US Centers for Disease Control and Prevention.

Eight out of 10 pregnant women who have untreated syphilis will pass it onto their babies through the placenta and this can lead to stillbirth or death of a newborn in up to 40% of affected pregnancies, according to the CDC.

The number of recorded cases swelled from 362 in 2013 to 918 in 2017, the report indicates. Five states -- California, Florida, Louisiana, New Mexico and Texas -- account for 70% of the cases, according to the CDC. Additional cases were reported in 32 states, primarily Western and Southern states. The overall increase in congenital syphilis outpaces the national increase in sexually transmitted disease overall, the report indicated.

One in three women who gave birth to a baby with syphilis in 2016 did get tested during pregnancy, but either acquired syphilis after that test or did not get treated in time to cure the infection in the unborn baby, according to the CDC.

Dr. Pablo J. Sanchez, a principal investigator in the Center for Perinatal Research at The Research Institute at Nationwide Children's Hospital, said, "I am not surprised that congenital syphilis has increased because we have been seeing increasing cases of syphilis among women of child-bearing ages. So it's not surprising but it is of major concern."

Sanchez, who was not involved in the CDC report, explained that untreated syphilis in a pregnant woman not only leads to possible fetal death or "death in the first month of life from overwhelming infection" but it can also cause enlarged liver, enlarged spleen, rash, abnormal bone inflammation, and infections of the brain and of the eye in an infant.

"The majority of babies who are born to mothers with untreated syphilis look well at birth and that's why it's so important to screen women during pregnancy to detect the infection," said Sanchez, who is also a professor of pediatrics at The Ohio State University College of Medicine.

While some infected babies who go undetected at birth will develop signs of the disease in the first several months of life, some newborns will not develop any symptoms. Detection happens much later, usually around age 8 to 10 but up to 16 years old, when congenital syphilis affects other body organs causing hearing loss and eye problems, Sanchez explained.

"The good thing is if we are able to identify them -- even those who are asymptomatic-- and treat them in the newborn period, it seems like these babies do well," said Sanchez. He noted, though, that "we don't have a lot of information on the neurodevelopmental outcomes. That's the knowledge gap today."

The CDC recommends that every pregnant woman get screened early in her pregnancy so that she can get treated and prevent fetal infection and possible stillbirth. In areas or states where syphilis rates or congenital syphilis rates are high, women should get screened repeatedly -- at 28 to 32 weeks of pregnancy and at delivery, in addition to early-term screening.

"Repeated screening is important and imperative to be able to detect all cases of newborns who have been infected in utero," said Sanchez.

The treatment for a mother with syphilis is penicillin, which is curative and safe for both mother and fetus. In cases where the mother has not been treated or not adequately treated, then the baby can be treated either with a single shot of penicillin or a 10-day course of the common antibiotic. "That's curative and very safe," said Sanchez. "It's the standard of care."

Sanchez said congenital syphilis is a "major global public health problem," one that is on the rise not only in the US, but worldwide.

"Every case of congenital syphilis represents a failure of our public health and we need to ensure early and adequate prenatal care for all women and appropriate testing of women so that we can detect all babies and treat them appropriately," said Sanchez. "It sounds simple but unfortunately, it's not often done."