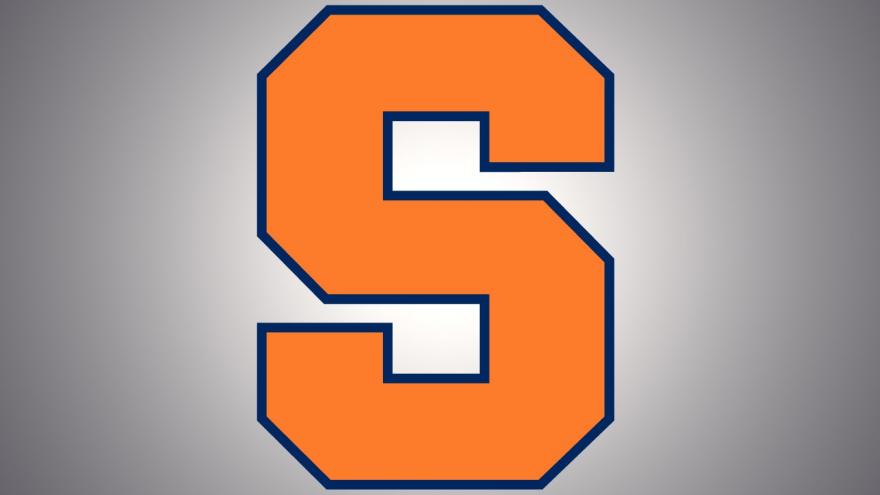 (CNN) -- Syracuse University has increased security amid an investigation into a document "purported to be a white supremacist manifesto" that was sent to cell phones of people at the university's Bird Library, an alert from the school's Department of Public Safety said.

The actions come a day after university officials announced they were investigating another incident of racist graffiti found in a building on campus.

The university said the manifesto was allegedly sent to "several" phones via AirDrop, an app that lets users share files between Apple devices via Bluetooth or Wi-Fi.

Syracuse Police Chief Kenton Buckner told reporters Tuesday that a criminal investigation into the manifesto was underway with the assistance of the State Police and the FBI. Preliminary information indicates no "direct threat" to the university or its surrounding area, he said.

Buckner said the manifesto appears to be a copy of the one written by the gunman who killed 50 people at two mosques at Christchurch, New Zealand, in March. The New Zealand document was filled with anti-immigrant and anti-Muslim screeds.

Police were notified about the manifesto's distribution about 11:45 p.m. Monday, according to Buckner. Local and state law enforcement have increased their presence on campus.

Gov. Andrew Cuomo said university Chancellor Kent Syverud has not handled the situation "in a way that instills confidence." He called on the university board of trustees to bring in an "experienced monitor" to investigate the recent spate of racist incidents on campus.

"The hateful activities at Syracuse University are most disturbing, not only to the Syracuse University community, but to the greater community of New York," Cuomo said in a statement. "They have not been handled in a manner that reflects this state's aggressive opposition to such odious, reckless, reprehensible behavior."

There was no immediate response from Syverud, who did not attend Tuesday's news conference with law enforcement officials.

In an online message to the university community Tuesday, Syverud outlined a series of steps being taken in response to the incidents, including increased security, curriculum development and efforts to bring more diversity to campus.

A recent rash of racist incidents

On Sunday, the school's chancellor announced a university-wide suspension of fraternity activities because ofa racist incident over the weekend. At least seven incidents of racist symbols and language on campus have been reported in the past 12 days.

The alert said no students reported receiving the AirDrop document directly and that reports the manifesto was AirDropped have yet to be confirmed.

Tuesday marks the seventh straight day that student protesters have occupied the Barnes Center at the Arch, in protest against what they believe is the university's inadequate response to the recent spate of racist and bias-related incidents on campus.

Racist graffiti thatused "language that is derogatory to African Americans" was found on Mondayon the fifth floor of Day Hall, a building that houses approximately 615 freshmen students on eight floors, according to the university's website.

The Department of Public Safety is actively investigating the incident and officers are interviewing students, they said in a statement.

Chancellor Kent Syverud announced Sunday that all social activities of fraternities at Syracuse University were suspended for the rest of the fall semester following the latest in a string of incidents involving racism.

Syverud's decision was in response to a report by an African-American student who says she was "subjected to a verbal racial epithet from a group of students and visitors" on campus Saturday near College Place, according to the statement.

The school's Department of Public Safety is offering a $50,000 reward for information that can lead to the arrest or referral of the person responsible.

The perpetrators from Saturday night's incident have been identified following an investigation led by the Department of Public Safety. Syverud said they are members and guests of a fraternity at the school.

The fraternity in question has been suspended pending the outcome of the investigation, according to university spokeswoman Sarah Scalese.

'No place for intolerance on our campus'

Syracuse's Interfraternity Council released a statement Sunday saying they were "outraged by the racist words and actions of one of our chapters."

"There is no place for intolerance on our campus, and we will work with all proper authorities to ensure that this never happens again," the statement read. "Our chapters will be attending diversity trainings in the coming weeks and these programs will expand next semester."

Scalese declined to comment further regarding which fraternity the individuals are from and what they will be charged with.

The Syracuse Police Department, which assisted with the investigation, did not immediately respond to CNN's request for comment.

Mat Ross, alumni trust association board president of Psi Upsilon Fraternity — which has been at Syracuse University since 1875 and has upwards of 70 members — for the last 20 years, told CNN he learned of the suspension of fraternity social events Sunday morning when he received an email from the university's assistant dean of Greek life.

"I can't say I agree to suspend all social activities for the actions of one," said Ross, who graduated from Syracuse University in 1986. "But I understand, because what happened is really terrible."

Ross stressed that Psi Upsilon is not the fraternity behind the latest racist incident.

Syverud defended his decision to suspend fraternity social activities in his statement: "While only one fraternity may have been involved in this particular incident, given recent history, all fraternities must come together with the University community to reflect upon how to prevent recurrence of such seriously troubling behavior."