Syria’s Assad says ‘resistance’ will force US troops out 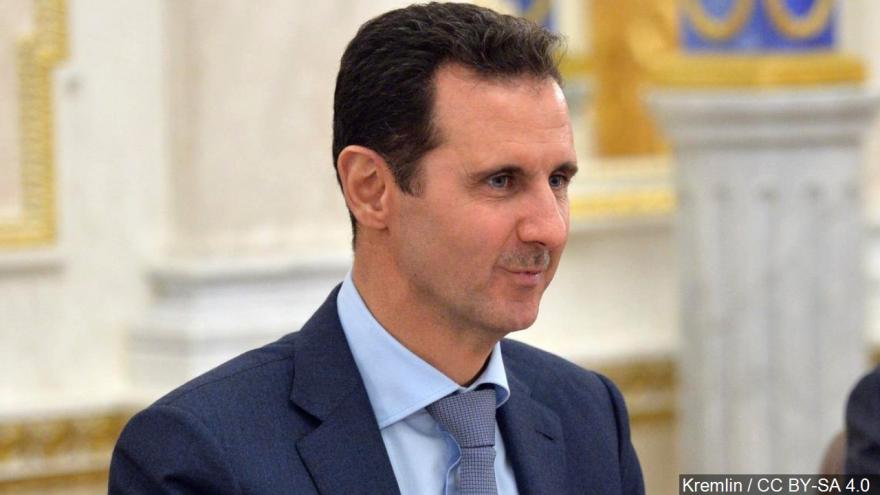 DAMASCUS, Syria (AP) — Syrian President Bashar Assad said in remarks broadcast Friday that the American presence in Syria will lead to armed “resistance” that will eventually force the U.S. troops to leave his country.

Assad spoke in an interview with Russia24 TV and Rossiya Segodnya news agency saying Americans should remember the wars in Iraq and Afghanistan and that “Syria will not be an exception.”

U.S. officials said this week that Washington will leave about 600 troops in Syria to fight the Islamic State group. That followed President Donald Trump’s decision last month to withdraw the bulk of roughly 1,000 American troops from Syria, drawing bipartisan condemnation.

Earlier this month, Turkish President Recep Tayyip Erdogan told Trump that he intended to carry out an operation to clear the Turkey-Syria border of Syrian Kurdish fighters who fought side-by-side with U.S. troops in beating back IS fighters in northeast Syria. Ankara considers the Syrian Kurdish fighters terrorists linked to a Kurdish insurgency within Turkey.

After Turkey began an invasion on Oct. 9, capturing dozens of Syrian towns and villages and displacing tens of thousands of people, Kurdish fighters then turned to the Syrian government for protection.

Assad subsequently sent troops to areas near the Turkish border, under an agreement reached between Russia and Turkey.

“I have always said that an occupier cannot occupy a piece of land without having agents in that country, because it would be difficult for them to live in a completely hostile environment,” Assad said.

“The American presence in Syria will generate a military resistance which will exact losses among the Americans, and consequently force them to leave,” said Assad, whose troops are backed by Russian forces.

“Of course, we are not contemplating a Russian-American confrontation, this is self-evident, and it doesn’t serve neither our interests, nor the Russians nor international stability,” he said. “It is dangerous.”

Under another deal reached last month between Turkey and Russia, Syrian Kurdish forces withdrew from almost the entire northeastern border from the Euphrates River to the Iraqi border.

Russian and Syrian government forces began moving immediately to ensure the Kurdish fighters pull back 30 kilometers (20 miles) from the border, and Turkish and Russian troops began joint patrols in the area.

Assad said the Russian-Turkish agreement regarding the withdrawal of the Kurdish-led Syrian Democratic Forces must be implemented.

“They need to withdraw because they provided the Turks with the pretext to implement their plan, which they have been dreaming of since the beginning of the war” in Syria eight years ago, Assad said.

He also criticized Kurdish groups seeking to set up an autonomous region inside Syria. “We shall never accept any separatist propositions under any circumstances,” he said.