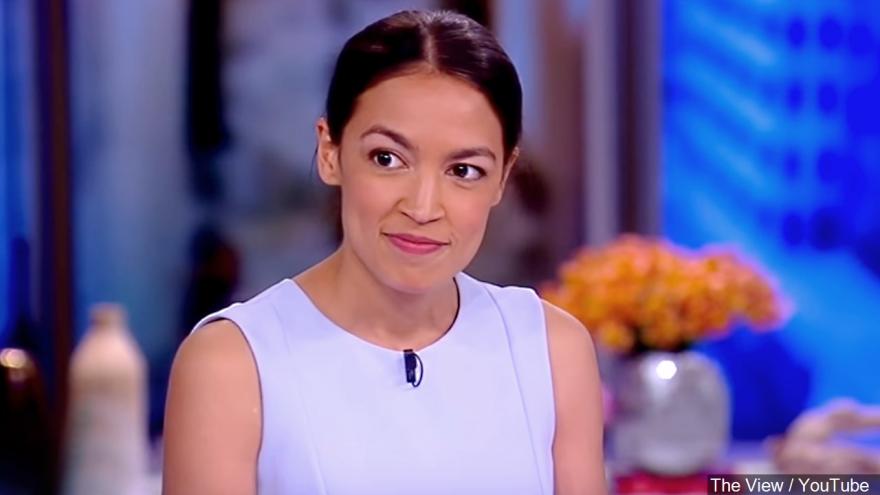 (CNN) -- The Green New Deal, which has so far been a campaign catchphrase about solving climate change and inequality in one fell swoop, just got real.

Democratic New York Rep. Alexandria Ocasio-Cortez and Sen. Ed Markey of Massachusetts are introducing a joint resolution Thursday laying out the main elements of a legislative plan. It describes a 10-year "economic mobilization" that would phase out fossil fuel use and overhaul the nation's infrastructure while building whole new layers into the existing social safety net.

The 14-page resolution envisions a shift to 100% renewable and zero-emission energy sources, and calls for the creation of millions of new high-wage jobs to help wipe out poverty.

While calling for the elimination of pollution and greenhouse gas emissions in agriculture, transportation, manufacturing and construction, the resolution contains no mention of bans or regulation, as other plans have described.

The closest it comes is a provision for existing and new laws to take into account the negative impacts of climate change — an approach that the Obama administration had taken through incorporating the "social cost of carbon" into rulemaking, which the Trump administration has pulled back on.

Instead, the document emphasizes massive public investment in wind and solar production, zero-emission vehicles and high-speed rail, energy-efficient buildings, and smart power grids, as well as "working collaboratively" with farmers and ranchers to move towards sustainable agriculture techniques.

The resolution also fleshes out something that's been core to the idea of the Green New Deal from the beginning: Remedying historic injustices visited upon the poor and people of color.

Public investments should prioritize what the resolution calls "frontline and vulnerable communities," which include people in rural and de-industrialized areas as well as those that depend on carbon-intensive industries like oil and gas extraction.

And in a move that may draw support from a broad range of advocacy groups, the resolution sweeps in the full range of progressive policy priorities: Providing universal healthcare and affordable housing, ensuring that all jobs have union protections and family-sustaining wages, and keeping the business environment free of monopolistic competition.

The cost of all this, and where the money to pay for it will come from, remains unclear.

Ocasio-Cortez and the groups supporting her push for the Green New Deal have declined to put a price tag on the plan, and it still lacks enough specifics to estimate with any kind of precision.

An analysis of another, similar plan by the conservative American Action Forum found pegged the regulatory burden at about $1 trillion, before any new investments.

Still, the New Dealers argue that a federally-funded energy transition would stimulate growth by providing jobs, improving public health, and reducing waste. In addition, they argue that the government could capture more return on investment by retaining equity stakes in the projects they build. More generally, however, they brush off cost concerns by pointing to unquestioned government spending on wars and tax cuts, which have ballooned deficits in the past.

"The question isn't how will we pay for it, but what is the cost of inaction, and what will we do with our new shared prosperity created by the investments in the Green New Deal," reads a fact sheet distributed along with the resolution.

In recent weeks, people ranging from Beto O'Rourke to Mike Bloomberg have professed support for the general idea. But the sheer scale of the resolution, which would entail a much larger role for the federal government than has been seen since the Great Depression, may make it difficult for more moderate politicians to claim they support the Green New Deal as now defined.