Takeaways from CNN's 2020 town halls at South by Southwest 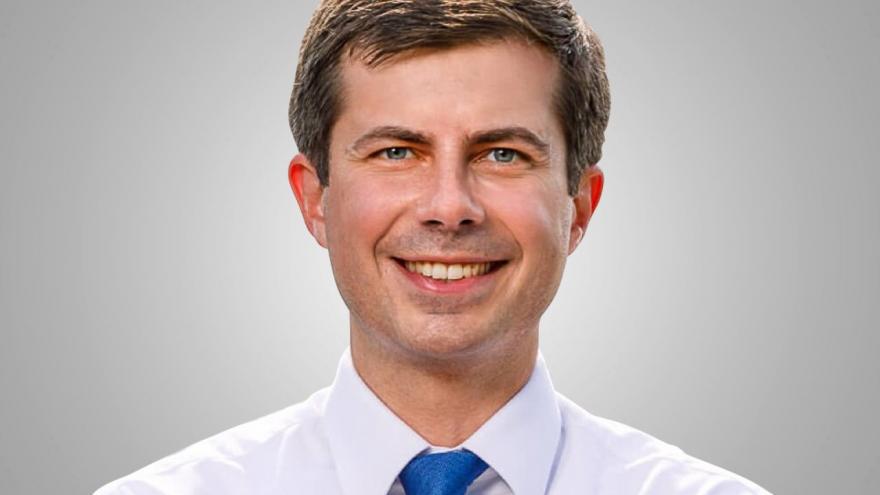 (CNN) -- Pete Buttigieg on Sunday made the case for generational change in the Oval Office. Tulsi Gabbard advocated against US military intervention. And John Delaney dove deep into policy specifics.

Buttigieg, the mayor of South Bend, Indiana, Gabbard, a US congresswoman from Hawaii, and Delaney, a former US congressman from Maryland, participated in back-to-back-to-back CNN town halls at the South by Southwest festival in Austin, Texas, on Sunday night.

Here are the top takeaways from the town halls:

Buttigieg, 37, used his hour on CNN to burnish his liberal policy credentials and a composure that belies his age.

And voters responded: Reviews of his performance on social media were laudatory and he got the best reception of the night inside the theater.

After the mayor's hour on CNN, it was clear he came into the town hall wanting to deliver a series of crowd-pleasing lines that hit the Trump administration, something he accomplished on Sunday.

Buttigieg played to the Democratic crowd on Sunday, answering questions with a series of attacks on the Trump administration, including both the President and Vice President, something that was well received by the voters in the audience and online.

Buttigieg spent much of his time lambasting the Trump administration, particularly Vice President Mike Pence, a man he worked with when the VP was the governor of Indiana, and John Bolton, the National Security Adviser.

The comment was direct and combative for the mayor, but his calm delivery seemed to blunt the attack.

"His interpretation of scripture is pretty different than mine to begin with," Buttigieg said. "My understanding of scripture is that it's about protecting the stranger and the prisoner and the poor person and that idea. That's what I get in the gospel when I'm at church and his has a lot more to do with sexuality."

Buttigieg says Bolton shouldn't be 'near' the Situation Room

Buttigieg also turned his fire on Bolton, who has long advocated and defended the invasion of Iraq. (Buttigieg served during the war in Afghanistan.)

"I don't understand how somebody leading us into the Iraq war is allowed that near the situation room to begin with," Buttigieg said in an answer about conflict in Venezuela, where Bolton has suggested military force could be an option.

Bolton was an early support of the Iraq War and pushed for the initial invasion during his time, after the September 11, 2001, terrorist attacks, as President George W. Bush's undersecretary of State for arms control and international security.

Buttigieg also rebutted questions about his age by saying he has the experience to be president.

Buttigieg appeared at the town hall without a jacket, the decision that made him look even younger than he does, a fact he often jokes about on the campaign trail.

When asked why he thinks, at 37 years old, he is qualified to be President, Buttigieg replied he had the experience, another answer that hit the Trump administration.

"I get I'm the young guy in the conversation, but experience is what qualifies me to have a seat at this table," he concluded.

Gabbard would not say Sunday whether she believes Syrian dictator Bashar al-Assad is a war criminal -- the latest in a string of skeptical comments about whether Assad was, as the United Nations concluded, behind an April 2017 chemical weapons attack.

"I think that the evidence needs to be gathered and, as I have said before, if there is evidence that he has committed war crimes, he should be prosecuted as such," Gabbard said.

Gabbard also would not say whether she would trust the American intelligence community as president.

"Like I said, we have, in our recent past, a situation where our own government told lies to the American people, and to the United Nations for that matter, to launch a war," she said.

Gabbard: Omar didn't mean to 'cause any offense'

Gabbard did not condemn Democratic Rep. Ilhan Omar from Minnesota for remarks in recent weeks that critics have called anti-Semitic.

"I think that what Congresswoman Omar was trying to get at was a deeper issue related to our foreign policy, and I think there's an important discussion that we have to be able to have openly even though we may end up disagreeing at the end of it. We've got to be able to have that openness to have the conversation," Gabbard said.

Pressed again on whether Omar's remarks have been anti-Semitic, she said: "I don't believe her intent was to cause any offense."

Gabbard sought Sunday to explain her shift from advocating anti-gay policies in the early 2000s, saying her time in the military caused her to "go through some soul-searching."

"I was raised in a very socially conservative home. My father is Catholic, he was a leading voice against gay marriage in Hawaii at that time. Again, I was very young, but these are the values and beliefs that I grew up around," she said.

Gabbard said her views shifted when she deployed to the Middle East, "where I saw firsthand the negative impact of a government attempting to act as a moral arbiter for their people, dictating in the most personal ways how they must live their lives."

"Race or religion or orientation, these were things that didn't matter, because we were focused on our mission of serving," she said.

Gabbard was asked Sunday to name the biggest policy mistake the United States had ever made. Rather than citing slavery or the genocide of Native Americans, she pointed to the march toward what she warned could be "nuclear catastrophe."

She pointed to a cell phone alert -- which turned out to be a false alarm -- last year warning people in Hawaii to take shelter because a missile was incoming. She described residents of the state facing agonizing decisions about how to seek shelter and who to spend what they feared could be their last minutes with.

"This alert turned out to be false, but the reason we reacted the way we did is that the threat is real," Gabbard said. "Our leaders have failed us and brought us to this point. It doesn't have to be this way. We have to correct our course. We have to end this new cold war and nuclear arms race that is currently being waged that threatens our very future and that costs us trillions of our taxpayer dollars -- dollars that need to be spent and invested to serve the needs of our people here at home."

Delaney defends his view of the Green New Deal

Delaney has not held back on the campaign trail when asked about the Green New Deal, the sweeping policy proposal to combat climate change that is supported by a host of liberal lawmakers.

On Twitter, Delaney once said the plan was "as realistic as Trump saying that Mexico is going to pay for the wall."

On Sunday, he defended that position.

"It is a time for bold solutions. But we also have to put our shoulder behind things that can actually get done," he said. "Because climate, Jake, is not like other issues. We have an infrastructure issue in this country. But if we wait five years to deal with our infrastructure, it's a missed opportunity. But it doesn't get exponentially worse, so we have to deal with climate change right away."

Delaney said he would get a bipartisan carbon tax bill passed in his first year as president.

"We have to have a goal around climate that's realistic," he said on Sunday.

Delaney opens up about his roots

Delaney also got personal at times, like when he reflected on his Catholic faith by arguing despite those beliefs, he still doesn't think religion should inform public policy.

"I firmly believe in the separation of church and state, full stop," the Maryland Democrat said Sunday when asked how his religion would shape his approach in office.

He said his "social justice orientation" comes from his Catholic faith "to some extent." But he said he doesn't think his church's doctrine "should decide public policy in this country."

Delaney, who is independently wealthy after starting two separate companies, similarly opened up at the outset of the town hall when he discussed his own roots in a working class neighborhood in New Jersey, something he has not done much on the campaign trail, a decision he admitted to CNN earlier this year was a mistake.

"I grew up in a time when we had institutions in our society that really supported people. And I don't think we see that here today," he said. "I mean, I grew up in a blue collar family. My dad was an electrician. Neither of my parents went to college. I needed scholarships from my dad's union to give me the opportunity to get the education that I have received. And I had this amazing kind of American dream-type life where I worked hard and played by the rules."

Like Buttigieg, Delaney played to the crowd by using his answer to slam the Trump administration, the most forceful coming when he was asked about Russian interference in the 2016 election.

"I believe them over Putin, so I will start with that," Delaney said when asked about Russian intervention in the 2016 election.

Former FBI acting director Andrew McCabe said in an interview with 60 Minutes that Trump dismissed the intelligence agencies' finding of the threat posed by North Korea's missiles by saying, "I don't care. I believe Putin."

Trump has said in 2018 that he holds Putin responsible for election meddling, but he has also attacked the intelligence community and undercut their findings.

Correction: This story has been updated to reflect that Pete Buttigieg served during the war in Afghanistan.