Taliban declare start of spring offensive amid talks with US 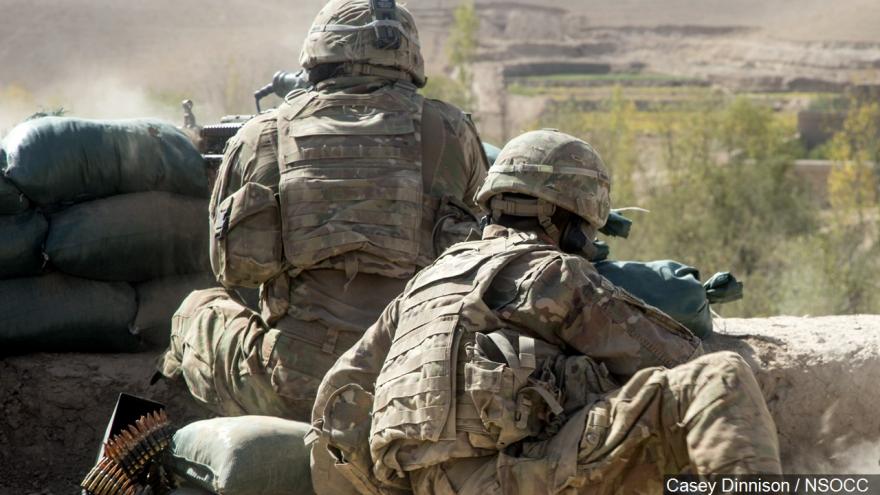 In this file photo from October 2018 Afghan Special Security Forces return fire during a Taliban attack in Logar Province, Afghanistan.

KABUL, Afghanistan (AP) — The Taliban announced Friday the start of their spring offensive despite talking peace with the United States and ahead of a significant gathering of Afghans meant to discuss resolutions to the protracted war and an eventual withdrawal of American troops from the country.

The insurgents released a lengthy missive in five languages, including English, saying the fighting would continue while foreign forces remain in Afghanistan.

The announcement is something the militant group does every year, even though Taliban attacks never really ceased during the harsh winter months. The insurgents carry out daily attacks targeting Afghan security forces and NATO troops, and inflicting staggering casualties, including among civilians. Most recently, a Taliban attack near the main U.S. air base in Afghanistan killed three Marines on Monday.

The Taliban now hold sway over half the country after a relentless 17-year war, America's longest.

The U.N.'s annual report earlier this year said civilian deaths hit a record high last year, blaming the insurgents and other militants, such as the Islamic State group, though it also noted an uptick in civilian casualties from U.S. bombing raids, most often in aid of Afghan troops on the ground.

Still, preparations are underway for Afghan-to-Afghan talks starting next week in Qatar, where the Taliban have a political office.

In Kabul, the Afghan High Peace Council, a government body created years ago to talk peace with anti-government forces, condemned the Taliban announcement, saying it brought into question the insurgents sincerity in seeking a peaceful end to the war.

Atta-u-Rahman Saleim, a council deputy, told The Associated Press over the phone that it undermines the credibility of the Taliban.

"They are insisting on war," he said. "We can see this every day."

U.S. envoy Zalmay Khalilzad, who has escalated efforts to find a peaceful end to the war since his appointment last year, has been urging the Taliban to accept a cease-fire and hold talks directly with the Kabul government, something the insurgents refuse to do. The Taliban, who see the Afghan government as a U.S. puppet, say they will talk to Kabul officials at the upcoming Qatar meeting only as "ordinary Afghans" and not as government representatives.

Meanwhile, Taliban spokesman Zabihullah Mujahid told the AP on Friday that the insurgents banned the International Committee of the Red Cross and the World Health Organization from operating in territory under their control. This is the second time in the past year the insurgents have barred Red Cross workers.

Robin Waubo, a Red Cross official in Kabul, said the organization was putting its activities "on hold" until its representatives can meet with the Taliban to resolve the issue.

"We are going to have a dialogue with them in order to try and begin our work again," Waubo said, warning that thousands of displaced people will be adversely affected by the Taliban decision.

"It is a big issue for us because we have to stop working," he said.