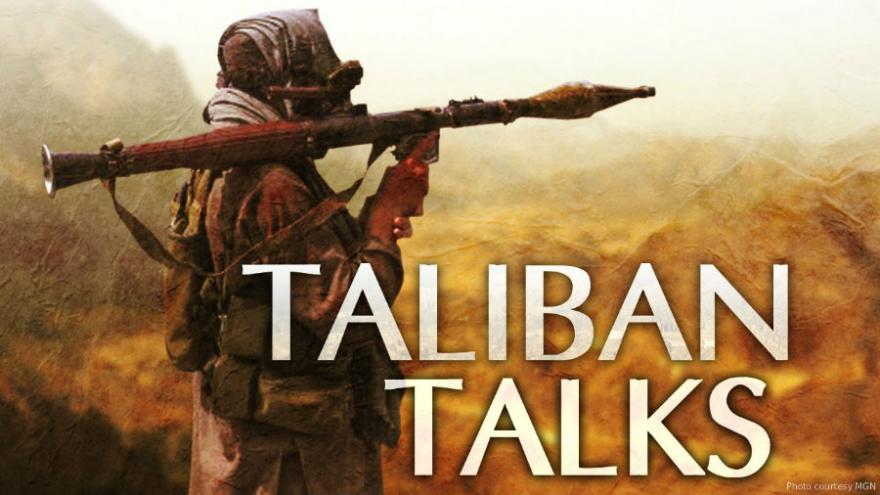 (CNN) -- Some factions of the Taliban have expressed interested in pursuing peace talks with the Afghan government, US Defense Secretary James Mattis said Tuesday.

Mattis told reporters before landing in Kabul on an unannounced visit that there was interest in reaching a settlement "that we've picked up from the Taliban side."

Expecting the entirety of the Taliban to support any move towards a ceasefire might be a "bridge too far," but "we've had some groups of Taliban -- small groups -- who have either started to come over or expressed an interest" in engaging in talks.

"It may not be that the whole Taliban comes over in one fell swoop ... but there are elements of the Taliban clearly interested in talking to the Afghan government," he said.

Mattis' visit is the first by a senior administration official since the Afghan government announced on February 28 it would be willing to recognize the Taliban as a legitimate political party as part of a potential ceasefire agreement with the Islamist militant group.

The group has not publicly responded to the proposal, which was put forward by the Afghan government at the end of February. However, Mattis said that there had been interest registered by Talib groups "even before the Kabul conference."

Mattis' comments could signal a softening of Washington's stance to the talks.

Earlier in the year, US President Donald Trump said the White House was not ready to talk with the Taliban, citing the terror group's continued use of violence.

The group controlled Afghanistan until 2001, when it was overthrown by the US-led coalition that invaded the country following the 9/11 attacks.

Analysis: Afghanistan's offer to the Taliban is a desperate but necessary one

Shortly after the offer for reconciliation was made, Afghan President Ashraf Ghani told CNN that "every war" must end politically.

"We are offering a comprehensive peace deal, so that it could not be rejected," Ghani told Christiane Amanpour. "And were they to reject it, then they would be responsible for the subsequent consequences."

President Ghani said that despite a recent surge in violence, a peace process would help identify "those who want to separate themselves from international terrorist organizations and terrorist activities."

"I think we will succeed, and we hope and pray that our international friends and our regional friends will stay with us, and that people on the other side, the Taliban, will see that this is their best chance and we hope that they will take a chance that is offered earnestly and for the good of our people."

Women must be in 'every part' of Taliban peace process, Afghan President says

The security situation in the country remains tenuous, with both the Taliban and other groups blamed for a string of deadly bombings and attacks in Kabul.

Last week, a suicide bomber killed at least nine people after being stopped at a security checkpoint as crowds gathered for a memorial to mark the anniversary of the death of former political leader Abdul Ali Mazari in Kabul.

The attack is the latest in a string of violent incidents in the Afghan capital and the country as a whole.

In January, Taliban gunmen stormed the Intercontinental Hotel in Kabul, killing 22 people. Days later, the group claimed responsibility for an attack outside a hospital in which militants detonated explosives packed inside an ambulance. Nearly 100 people were killed in that attack.

Data released by the US in January showed that the Taliban's hold on Afghanistan is strengthening.