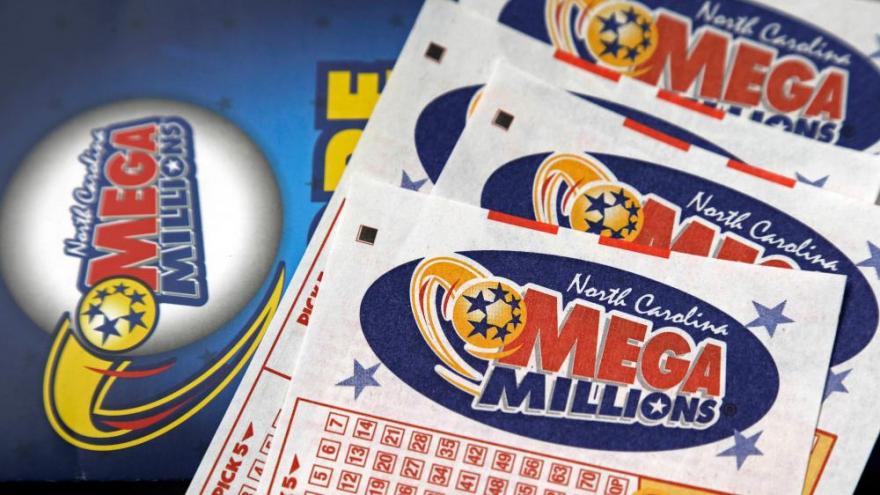 (CNN) -- Why do you think they're called fortune cookies?

After his weekly meal at a Chinese restaurant, a North Carolina man used the numbers in his fortune cookie to play the lottery.

And now he is $4 million richer.

"I don't usually play my fortune cookie numbers but I tried them on a whim," said Gabriel Fierro, 60, of Cornelius, a disabled combat veteran who served 32 years in the Army, in a release from the North Carolina Education Lottery.

Fierro and his wife had their weekly meal at Charlotte's Red Bowl restaurant. He then used the numbers to buy a Mega Millions ticket online and added $1 to make it a Megaplier ticket. So when he matched all five white balls on January 18 to win $1 million, it was quadrupled.

His $4 million prize became the largest win in the history of Online Play in North Carolina, the lottery said.

"I got an email in the morning and I just stared at it dumbfounded," Fierro said. "I took it and showed it to my wife and she thought it was an April Fool's joke or maybe a scam."

This isn't the first time the cookies have turned into fortunes for lottery players.

In 2014, a New York woman won a $2 million prize using numbers from her fortune cookie.

And in 2005, 110 people from around the country each won about $100,000 playing Powerball numbers from fortune cookies. Lottery officials found out the cookies all came from one location that makes 4 million of them a day.

So ... where are you eating tonight?