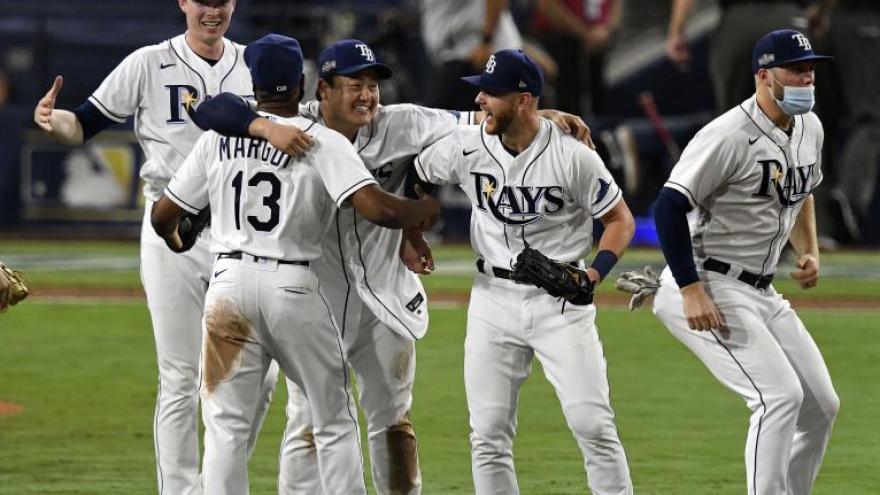 The Tampa Bay Rays celebrate the victory against the Houston Astros in Game 7 of the 2020 America League Championship Series at Petco Park.

The Rays await the winner of the National League Championship series between the Atlanta Braves and Los Angeles Dodgers, which will culminate in a decisive Game 7 on Sunday night.

This is Tampa Bay's second World Series appearance in franchise history with the other coming in 2008.

The World Series will begin on Tuesday in Arlington, Texas, at the newly-opened Globe Life Field.