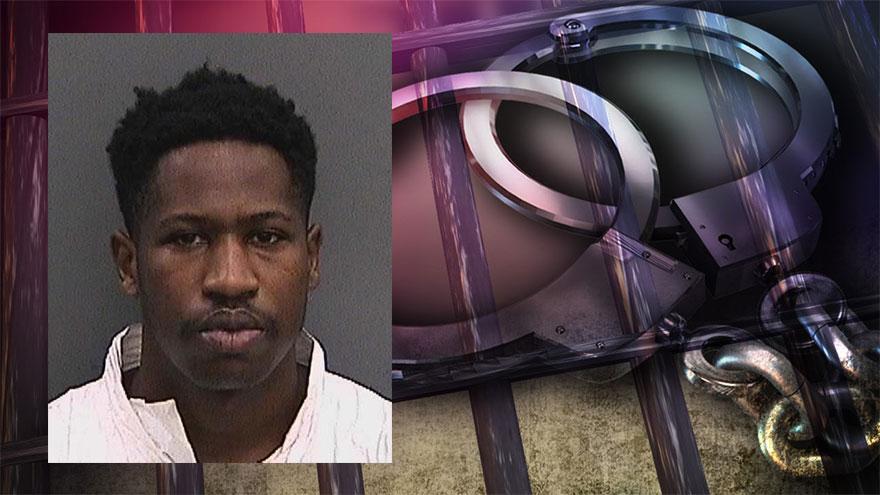 A string of deaths in Tampa\'s Seminole Heights neighborhood have been linked to each other. FBI and police are seen here in the area. Photo courtesy WFTS

Tampa Police Chief Brian Dugan said Howell Donaldson III, the suspect charged with killing four people in the city's Seminole Heights neighborhood, seemed "fine" and knew where he was and what was going on during his interview with police.

"He was friendly and nice to the cops, but he didn't give us anything, tell us why he was doing it or anything like that," Dugan said.

Dugan said that police recovered a hoodie and a jacket from Donaldson that might be the same ones worn by the suspect in surveillance video released last month. More lab work is needed on that, but "it's encouraging," Dugan said.

Tampa Police Chief Brian Dugan said the same gun was used in all four killings in the Seminole Heights neighborhood of Tampa, so when police discovered that weapon on Tuesday, they knew they had something to go on.

The suspect, Howell Donaldson III, admitted that he owned the gun, Dugan said. Donaldson was cooperative but did not tell police why he was doing this, Dugan added.

Mayor Bob Buckhorn said he was proud of city, which "has now spent the last 51 days dealing with a serial killer."

After a nearly two-month search, Tampa police arrested and charged a 24-year-old man with four counts of murder in connection to a series of fatal shootings that terrified residents in the city's Seminole Heights neighborhood.

Tampa Police Chief Brian Dugan told reporters late Tuesday that police had arrested Howell Emanuel Donaldson III and were putting together the charges overnight. But, he said, they wanted to get out the news of the arrest to assure the Seminole Heights community.

"The real goal is to let the people of Seminole Heights be able to get a good night's sleep," Dugan said late Tuesday. "It's been 51 days that they've been terrorized in their neighborhood and it is about letting these families know that we're going to bring this person to justice, and letting this neighborhood get some rest."

The shootings started in Seminole Heights in early October and targeted citizens doing ordinary tasks like waiting at a bus stop or crossing the street. The four seemingly unconnected victims in Seminole Heights were each killed -- but not robbed -- while walking alone at night within a half-mile area, police said.

In the past month, officers swarmed the tree-lined neighborhood, advising residents not to go outside alone, to be alert and keep their porch lights on. Some residents stopped walking their dogs, running outside, going for walks or waiting for the bus alone, saying they no longer felt safe.

On Tuesday, police said they received a tip from a McDonald's employee around 2:40 p.m. about a man who had a gun in a bag at the fast food restaurant. The McDonalds is about two to three miles from where the killings took place.

The Tampa Bay Times reported that Donaldson had arrived at the McDonald's that day and asked a manager to hold on to his loaded 9mm handgun for him. According to the paper, that manager didn't know what to do with the gun and a female worker noticed a police officer inside the restaurant who was doing paperwork. She told the manager to notify that officer, and when he did, the officer called for back-up.

Police said they confiscated the weapon and detained Donaldson to learn more about the gun and any possible connection to the killings.

"We've had other guns, but we knew this was the one," Chief Dugan said on Wednesday. "Now the work begins to shore up the case and get a full prosecution."

Suspect was on university basketball team

He was a walk-on for the men's basketball team during the 2011-2012 season but never played in a game, Browne said.

Dugan said Tuesday he wasn't sure whether Donaldson worked at the McDonald's. He also said he couldn't answer many questions, because the investigation is ongoing.

"We're still trying to figure out this person's ties to the neighborhood," Dugan said. "We're not sure why he was in this neighborhood or what his motive is. There's still a lot more to go in this investigation."

Florida Gov. Rick Scott, who had visited Seminole Heights last week, said he had seen "firsthand the pain that these crimes have caused across the community."

"In Florida, we have absolutely zero tolerance for this type of evil behavior and anyone responsible will be held to the fullest extent of the law," he said in a statement.

On Wednesday, Scott thanked Tampa police and other law enforcement agencies for working around the clock to solve the confounding case.

"Why somebody would have it in their mind to go take four individuals' lives, I just don't get it," Scott said. "And I don't know that we'll ever understand."

Mayor Bob Buckhorn praised the "tired" law enforcement authorities who had worked 24 hours a day to solve this case.

"Today we begin the healing process. And today, the judicial process starts. And it will end. And I can promise you that when it does end, that this community will be a better place. Because I know where this guy is gonna spend his eternity."

The victims seem to have been selected at random, leaving the community on edge as the number of unsolved shootings mounted.

Officials had said the killings were connected in their methodology, leading people to fear that a serial killer was on the loose. But officials said they are not calling the suspect a serial killer.

Maria Rodriguez, the step-mother of Naiboa, told CNN she was happy no more people will be harmed.

"We're relieved to a point. Justice has been served so far," she said.

Rodriguez said her family plans to follow the legal proceedings in the case.

"I want to be there because I want this person to get the death penalty," she said.

In late October, Dugan released blurry video of a "person of interest" wearing a hooded jacket casually walking down a street near one of the killings.

The police chief released new video about two weeks ago showing a similar-looking person with the same gait who was present near the last shooting, that of Felton. The person in the video, Dugan said then, had become a suspect.

Based on a witness statement, Dugan initially described the suspect as a black male between 6 feet and 6 feet 2 inches with a thin build and a light complexion. The surveillance images were in black and white.

The suspect was wearing all black and a black baseball cap and armed with a large black pistol, police said.