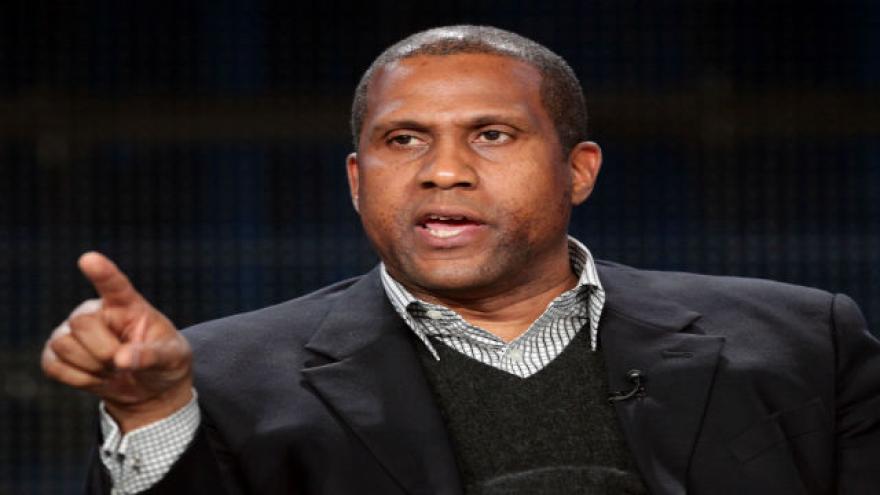 The organization said Wednesday that it had hired an outside law firm to handle an investigation into the matter.

"The inquiry uncovered multiple, credible allegations of conduct that is inconsistent with the values and standards of PBS, and the totality of this information led to today's decision," a statement from PBS reads.

No details about the allegations were released. But Variety, which first reported PBS' suspension of Smiley's show, cited anonymous sources as saying that the investigation "found credible allegations that Smiley had engaged in sexual relationships with multiple subordinates."

In a statement posted on his official Facebook page Wednesday night, Smiley said he was "as shocked as anyone else by PBS' announcement."

"I have never groped, coerced, or exposed myself inappropriately to any workplace colleague in my entire broadcast career, covering 6 networks over 30 years," he said. "Never. Ever. Never."

In his statement, Smiley said that "if having a consensual relationship with a colleague years ago is the stuff that leads to this kind of public humiliation and personal destruction, heaven help us."

He criticized PBS for its handling of the situation, saying he only learned about the investigation from former staffers and didn't get a proper chance to defend himself.

"This has gone too far. And, I, for one, intend to fight back," he said. "It's time for a real conversation in America, so men and women know how to engage in the workplace. I look forward to actively participating in that conversation."

Smiley's written statement was accompanied by a video of him addressing the allegations.

PBS is the distributor for Smiley's show, but it's produced by TS Media, Smiley's production company. Smiley is not employed by PBS.

TS Media could not be immediately reached Wednesday.

Smiley's career includes a stint hosting a TV show on Black Entertainment Television in the 90s as well as a commentator at National Public Radio, ABC News, and CNN. In 2002, he became the first black man to host a show on NPR.

Other high-profile figures in public broadcasting have also faced allegations of misconduct in recent months.

PBS' move to halt distribution of Smiley's show comes less than a month after it terminated its contract with Charlie Rose, who was accused of harassing multiple women by making unwanted sexual advances.

Rose said in a statement at the time that he "deeply apologized" for what he admitted was "inappropriate behavior."