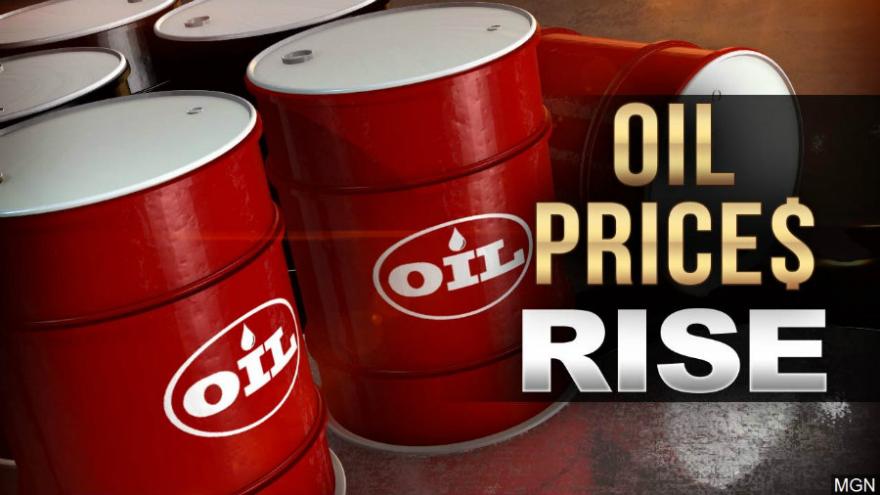 INDIANAPOLIS (AP) — Indiana is heading into the Memorial Day weekend tied with California for the largest gas price increase in the U.S. over the past year, driven in part by a fuel tax increase enacted by the state's Republican-dominated Legislature.

"I haven't seen the prices this high probably since college," said Alicia Russell, 36, an Indianapolis motorist. "That made it hard for a lot of people driving around."

Indiana is among more than two-dozen states that use gas tax revenue in part to fund transportation infrastructure. Indiana's tax increase was signed into law by Republican Gov. Eric Holcomb as part of a package of tax and fee increases that pumped money into upgrading the state's crumbling roads and bridges. The law which effect last July increased the fuel tax from 18 cents to 28 cents, and ties that amount to inflation, so it could continue to increase up to 1 cent annually.

"There's a number of factors that cause it to be as high as 66 (cents)," said an AAA spokeswoman Tamra Johnson. "But in terms of Indiana being at the top of the list, we will definitely attribute that to their rise in gas tax."

In fiscally conservative Indiana, the increase created risks for GOP lawmakers who have pledged in the past not to raise taxes. Democrats have said the fuel tax hike puts undue burden on residents while Republicans give tax cuts to corporations.

"The Republican party was short-sighted and did not do their homework so we are seeing this really, really high increase in gas prices," said Rep. Dan Forestal, an Indianapolis Democrat and ranking minority member of the House roads committee.

"We definitely needed the money," he said. "We proved the case. And I wouldn't change a bit."

High gas prices are not only a concern for Indiana drivers but also retailers.

Indiana had the nation's seventh-highest state tax and fee on gasoline as of April of this year, according to the American Petroleum Institute, putting it behind Pennsylvania, California, Washington, Hawaii, New York and Michigan.

"That's why we're so concerned because our taxes are much higher than neighboring states," said Scot Imus, executive director of the Indiana Petroleum Marketers and Convenience Store Association. "We were concerned with our members who are on the border because if you go buy fuel in Kentucky, it's much cheaper than in Indiana."

As Indiana aims at striking a balance between increasing its gas tax and funding infrastructure projects, the question is whether it will continue to see its gas prices increase.

Experts and industry leaders have said it is hard to predict future gas prices because the gas market is especially volatile since President Donald Trump decided to withdraw from the Iran nuclear deal. Crude oil prices make up a large portion of what people pay at the pump.

"The Administration's move combined with the switchover to summer blend, growing global demand and shrinking supply continues to fuel pump prices as we approach the summer driving season," AAA spokeswoman Jeanette Casselano said in a statement.