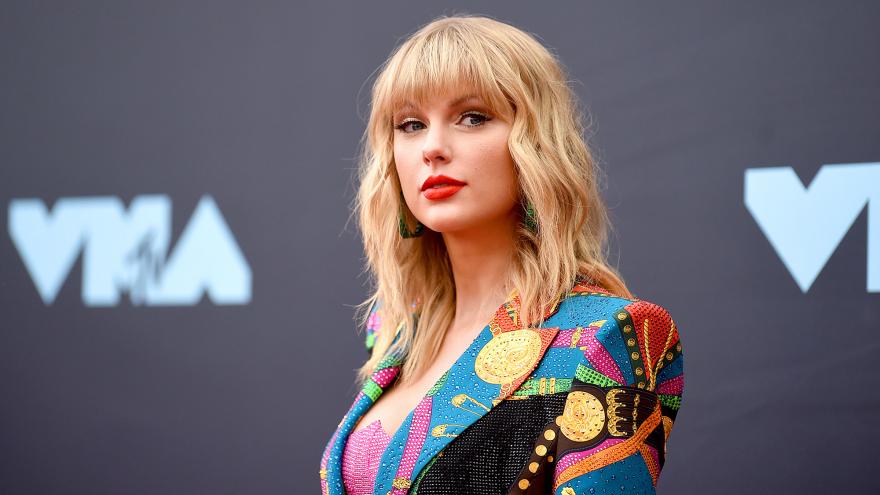 Taylor Swift won\'t reschedule \"Lover Fest\" shows that were canceled due to the coronavirus pandemic. Swift is shown here at the 2019 MTV Video Music Awards at Prudential Center on August 26, 2019 in Newark, New Jersey. - Jamie McCarthy/Getty Images for MTV

(CNN) -- Taylor Swift won't reschedule "Lover Fest" shows that were canceled due to the coronavirus pandemic.

The star took to social media on Friday to announce the move, which affects shows postponed in 2020 until 2021.

Last April, Swift canceled all live appearances and performances for the rest of the year in what she said was an effort to prevent the spread of Covid-19.

"I'm so sorry, but I cannot reschedule the shows that we've postponed," she wrote Friday. "Although refunds have been available since we first postponed the Lover Fest shows, many of you hung onto your tickets and I too hung onto the idea that we could reschedule."

Swift joins other artists who have canceled or rescheduled tour dates, such as Justin Bieber, Niall Horan and Bad Bunny.

Taylor said in her statement that she's disappointed to have to cancel.

"This is an unprecedented pandemic that changed everyone's plans and no one knows what the touring landscape is going to look like in the near future," she wrote. "...I miss you terribly and can't wait til we can all safely be at shows together again."

Despite not being able to see fans live, Swift surprised them earlier in the month by announcing that she will be releasing a rerecording of one of her first albums, "Fearless," on April 9.

She's already released "Folklore" and "Evermore," two rerecorded albums that both came out during the pandemic.

Despite calling off her postponed "Lover Fest" shows, Swift has received six Grammy nominations, with the potential to win album of the year for 2021.