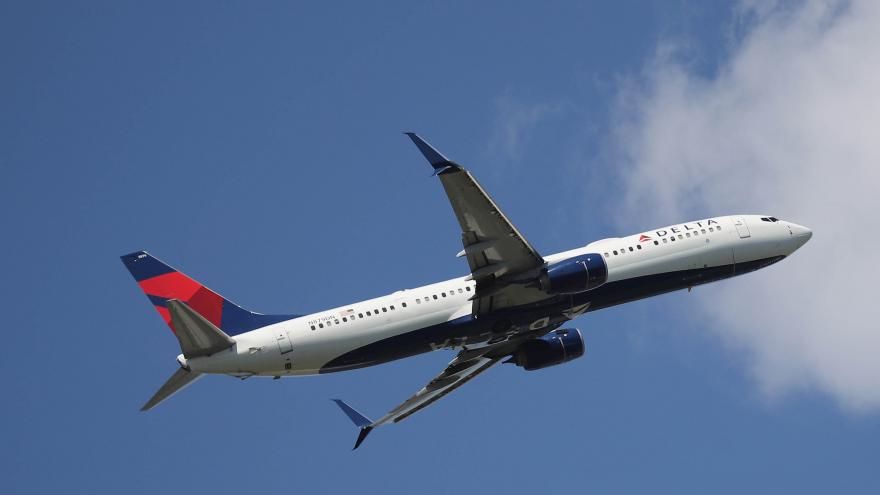 Two of the teachers told reporters about having to make trips to the emergency room or urgent care because the fuel got in their mouths and noses.

"I'm scared of what can happen to my health, the health of my students, my friends and my colleagues," said a teacher who has worked at the school for 21 years and, like the others, asked not to be identified.

The lawsuit asks for damages "in an amount according to proof at trial."

Delta spokesman Anthony Black said the airline would have no comment on the litigation.

Flight 89 was headed from Los Angeles to Shanghai on Tuesday when it experienced an engine problem shortly after takeoff. On its return to Los Angeles International Airport, it dumped its fuel.

Some of the teachers suing Delta said they were concerned with taking care of their students first that day and went to the emergency room on their own later or the next day.

The fumes were stifling, one teacher with 13 years' experience said. The children were screaming and crying because their eyes and skin were burning, she added.

She said the fuel falling felt like a drizzle and her students had looked up to see whether it was raining.

The teacher said she and the others were having eye, nose and respiratory trouble.

According to the Federal Aviation Administration, which is investigating the incident, the Delta pilots did not ask for approval to release the fuel. A pilot told an air traffic controller there was a problem with an engine shortly after takeoff, and though it was under control, he wanted to return to the airport.

"Had the Delta pilot notified air traffic personnel of the need to dump fuel, the flight would have been directed to a location and altitude from which fuel could be released without danger to the plaintiffs and others," the lawsuit says.

The teachers contend the fuel, dropped at what they say was 2,000 feet, did not have time to dissipate. Further, the lawsuit claims, Delta failed to adequately to train or supervise the flight personnel in regard to safe ways to dump fuel in emergencies.

In response to what the FAA said, Delta spokesman Adrian Gee said the airline didn't have a comment because the investigation is ongoing.