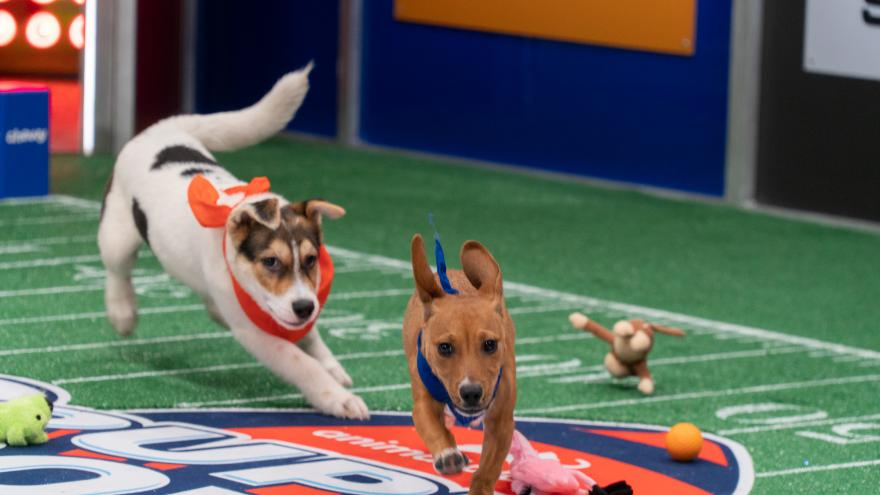 (CNN) -- Team Fluff won the 18th Puppy Bowl on Sunday against Team Ruff by a slim margin with a final score of 73-69 after a face-off that lasted three hours.

The celebrities hosted the televised event while donning their team's jerseys alongside their own puppy companions.

This year's bowl featured more than 100 adoptable puppy players from 67 shelters and rescues from 33 states, according to Discovery.

Kirby, a Labrador retriever and service dog in-training, was named Team Fluff's "Most Valuable Player" after he helped his team win the Lombarky Trophy.

The call-to-adoption event once again featured stories of shelters and rescues doing good and lots and lots of puppies up for adoption.

The event, which was televised on Animal Planet and streamed on Discovery+, featured nine special needs dogs during the game, including Benny, a wheelchair-bound Labradoodle; Moby, a French Bulldog with a cleft palate; and Rocket, a deaf Chihuahua/Dachshund.

More information on the organizations and pups featured can be found on the Animal Planet website.