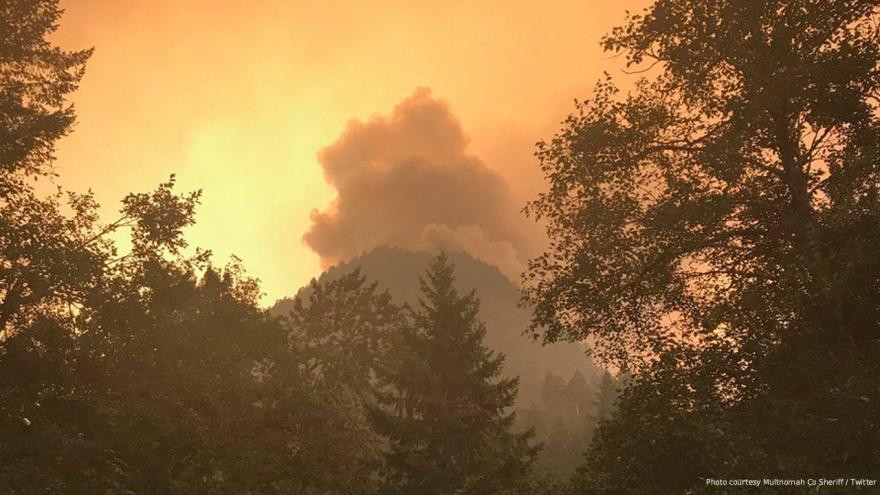 HOOD RIVER, OR (KPTV) -- Five months after the Eagle Creek Fire devastated the Columbia River Gorge, a Vancouver teenager admitted to starting the blaze and agreed to a sentence while in court Friday morning.

The boy, who the court in Hood River is only referring to as A.B., pleaded guilty to 12 counts - including reckless burning on public land and criminal mischief - for his role in the Eagle Creek Fire, which began Sept. 2 and burned more than 48,000 acres in the Columbia River Gorge.

Detectives identified the boy from Vancouver as the suspect early in the investigation, after hikers said they spotted him setting off fireworks.

Oregon spent $18 million on firefighting efforts and businesses and tourism in the Gorge were hit hard.

No cameras were allowed inside the courtroom for the hearing, but impacted local residents showed up to hear the teens sentencing and face the boy responsible for the fire.

Martha Lamont told FOX 12, "I wanted to let him know that our community is going to be suffering for a long, long time from this event.”

While in court Friday, the boy apologized to “the first responders who risked their lives to put out the fires… the hikers that were trapped… the people who were worried about their safety and their homes.”

In his statement, he called his action “careless,” but said he has learned from his “bad decision.”

The teen was sentenced to five years of probation and 1,920 hours of community service with the U.S. Forest Service.

Carrie Schenk, whose mother’s house was destroyed in the fire, told FOX 12, “I’m happy with the sentencing. Community service is what he needs. He’s so young. You know, he just needs to grow.”

“I felt better because he looks like a nice young man and he seems to have good character. Made a bad, momentary decision,” Lamont said

During the boy's probation, he will not be allowed to have fireworks or weapons of any kind.