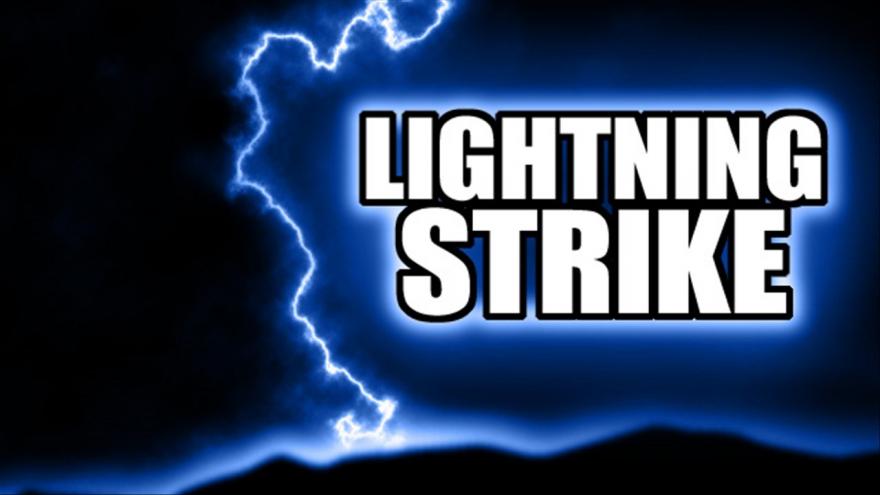 EL MIRAGE, Ariz. (KPHO/KTVK) -- One of the two 13-year-old boys who were struck by lightning last night in El Mirage is out of the hospital.

The pain’s pretty much gone for Javier Tapia, but the worry and the fear are still there. After all, potentially millions of volts of electricity went through him and his friend Wednesday night.

That burning sensation lasted for four hours, especially on his left foot, where doctors say the lightning bolt left his body after entering through his right hip.

It destroyed the black sock he was wearing.

“I got struck, I didn’t feel myself fall down,” Javier said. “It felt like I was floating. But I was still able to hear everything.”

Tapia says he started losing his vision for a bit, but never lost consciousness. Josiah Wiedman was much worse off.

“I thought he just fell at first but that’s when I saw his eyes roll back and that’s when I thought, ‘Oh my God! He’s in trouble!’” Javier said.

Josiah is still in the hospital. Javier says his friend can’t open his eyes nor talk yet, but he can hear. He also says Josiah has a concussion and a fractured skull.

On Friday, Josiah Wiedman's family told Arizona's Family that he is now awake and is talking to them. He was in a medically induced coma since the incident.

A neighbor across the street from the park says it could have been anyone out there. His security camera caught the very bolt that hit the boys.

“I was like wow! I did get it!” Manuel Moreno said about finding the moment recorded on his camera footage.

Tapia is shaken up as he waits to learn more about Josiah’s progress.

He says when the lightning bolt struck it was only raining very lightly. The bolt that hit them was the first lightning bolt they had seen all night.