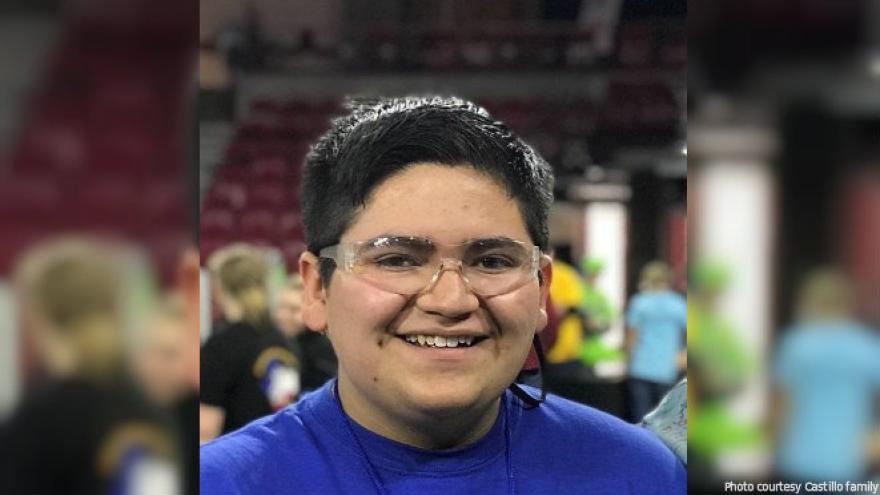 (CNN) -- When a memorial service was held today at a Colorado church for Kendrick Castillo, the streets around the church were filled with Jeeps.

Castillo, the teen who was killed while trying to stop a gunman during the shooting at STEM School Highlands Ranch last week, loved all things Jeep. He saved up his money to buy his own Jeep. So a local Jeep enthusiast group honored him by escorting his family to the church in suburban Denver where the memorial service will be held.

The Colorado Jeep Girls put the word out on social media, and so far more than 800 "Jeepers" said they planned to take part in the special procession.

"People in the community just really want to get together and support however we can," Catherine Fanaro, founder of Colorado Jeep Girls, told CNN affiliate KCNC. "This is a huge turnout. I didn't expect it to get as big as it did, and it's not just Jeepers. It's other 4×4 enthusiasts and car clubs and stuff that have reached out and said, 'Hey, I want to be part of this.'"

Kendrick's beloved green Jeep Cherokee was part of the procession. And right behind that Cherokee was a Jeep driven by his best friend.

"The main thing that we really bonded over was the Jeeps," Charles Burroughs Jr. told KCNC. "That's because we both have Jeeps, and we've worked on them together."

On the day of the shooting, Kendrick,18, was watching "The Princess Bride" in his British literature class when the shooter pulled out a gun, told everyone not to move and began firing. After Kendrick lunged at the shooter, three other students also tackled the gunman and tried to subdue him while the rest of the class fled the room.

"Kendrick Castillo died a legend. He died a trooper," said Brendan Bialy, another student who jumped the gunman. "I know he will be with me for the rest of my life."

After Bialy wrestled the gun away from the shooter, he checked on Kendrick and tried to get him to talk, but his classmate wasn't moving. Bialy then helped a teacher who came into the room and tried to render medical aid. Kendrick died at the school.

Kendrick's parents said they weren't surprised to learn that their son ran toward danger that day.

"This wasn't your average kid," father John Castillo said. "He was extraordinary."