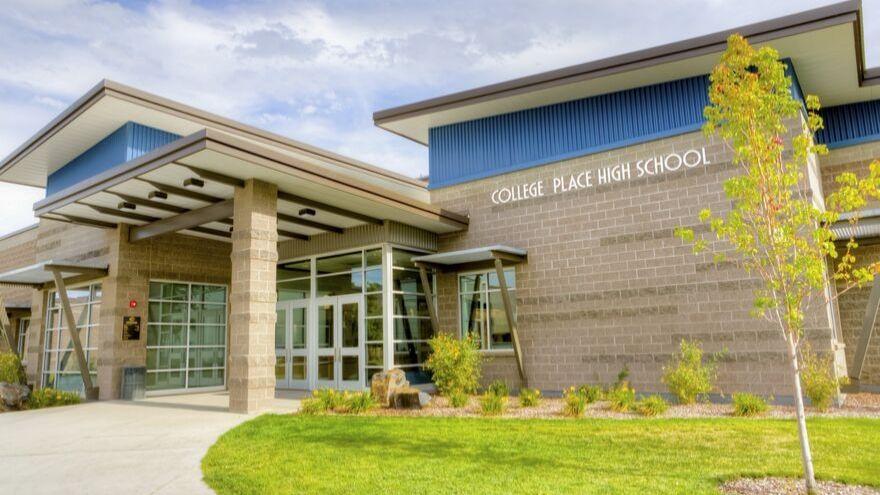 Washington police have arrested a high school student in a plot against his school after his mother found journal entries detailing his plans and alerted authorities. Source: College Place High School
By Chris Boyette and Christina Maxouris, CNN

(CNN) -- Washington police have arrested a high school student in a plot against his school after his mother found journal entries detailing his plans and alerted authorities.

The 17-year-old's journal contained information about an attack the student was planning at College Place High School on April 20, 2020 -- the anniversary of the 1999 Columbine High School shooting, the College Place Police Department said in a press release.

Twelve students and one teacher were killed at Columbine High School in Littleton, Colorado. The shooting still ranks as one of the worst mass shootings in US history as well as one of the deadliest episodes of school violence.

Officers took the student into custody without incident Tuesday after he returned home from school, police said. He was booked into the Walla Walla Juvenile Justice Center for Felony Harassment and Threats to bomb or injure property, police said.

"The mother was very emotional and loves her son," said CPPD Chief Troy Tomaras, who praised the teen's mom for calling police. "This was not an easy thing to do, but it was the right thing to do. The mother wanted to prevent others from being hurt and wants her son to get the help he needs."

The school's resource officer was also involved in the investigation and alerted school officials of the incident immediately. School was already out for the day at the time of that report, police said.