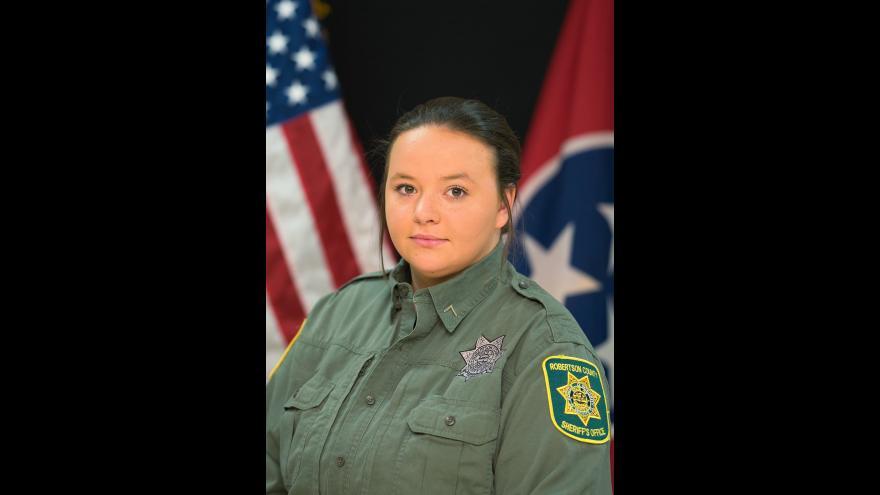 Patrol Deputy Savanna Puckett was found shot and her home on fire January 23, according to the Robertson County Sheriff's Office.

(CNN) -- A Tennessee sheriff's deputy was found shot inside her burning home Sunday after she didn't show up for work, authorities said.

The deputy was identified as 22-year-old Patrol Deputy Savanna Puckett, who had been with the Robertson County Sheriff's Office for four years, a statement from the agency said.

After Puckett did not report to her assigned shift for roll call Sunday afternoon, a deputy went to her residence in the city of Springfield and found her home ablaze, the statement said.

The responding deputy "attempted to make entry into the home" but was "unable due to the extent of the fire," the statement said.

After the fire department arrived and entered the home, Puckett was found shot and pronounced dead at the scene, the statement said.

The Tennessee Bureau of Investigation has been asked to investigate, the sheriff's office said.

"Words cannot express the sadness and grief that Savanna's family and her Sheriff's Office family are facing right now," Sheriff Michael Van Dyke said. "This is a tragedy that we are processing minute by minute. Please keep Savanna, her family, and the Sheriff's Office in your thoughts and prayers."

Robertson County is located north of Nashville along the Tennessee-Kentucky border.