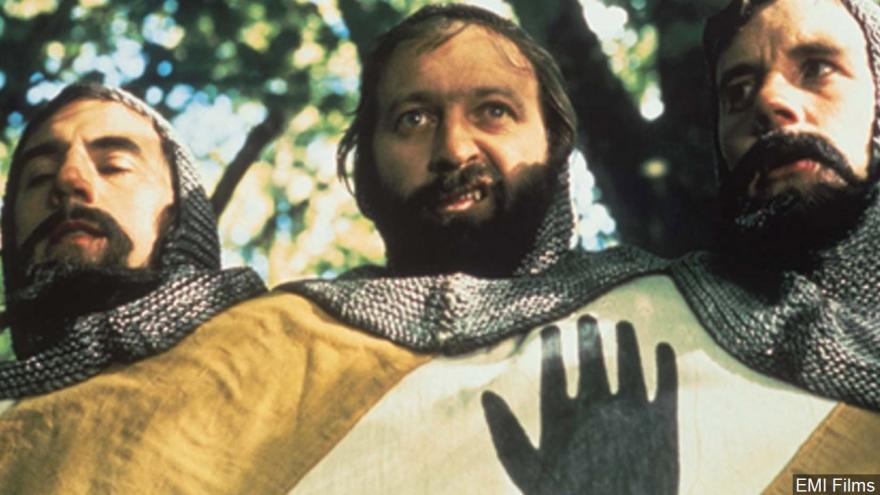 Graham Chapman, Terry Jones, and Michael Palin in a scene from the 1975 movie, \'Monty Python and the Holy Grail\', Photo Date: 1975
By Rob Picheta, CNN

Jones was a member of the much-loved British comedy group and also directed a number of its most popular films, including "Life of Brian."

In recent years he spoke of issues with his health, including dementia.