Tesla is slashing its workforce to make a cheaper Model 3 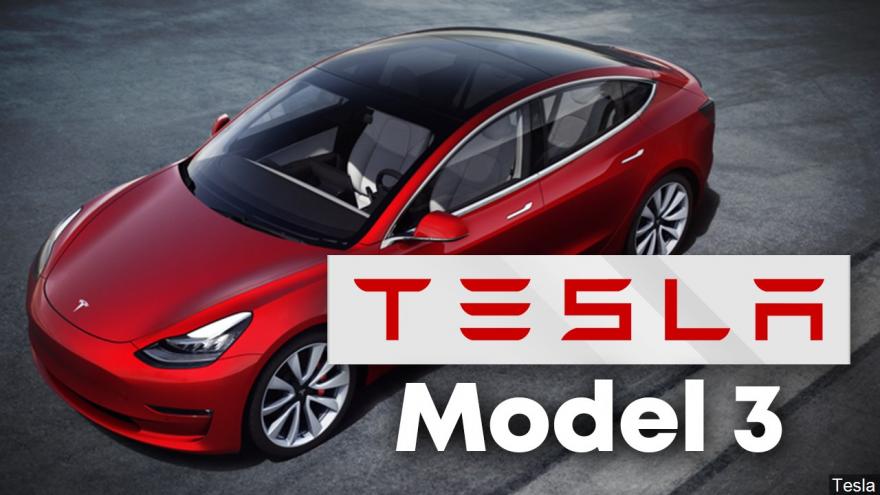 (CNN) -- Tesla has announced plans to reduce its full-time workforce by 7% as it works to increase Model 3 production and cut prices.

CEO Elon Musk told workers about the job cuts Friday in a letter that Tesla posted online. The company will only retain the most critical temps and contractors, Musk said.

Musk wrote in the letter that Tesla is "up against massive, entrenched competitors" and must work "much harder than other manufacturers to survive while building affordable, sustainable products."

"To those departing, thank you for everything you have done to advance our mission," he said. "I am deeply grateful for your contributions to Tesla."

The layoffs follow a surprise profit of $312 million for Tesla in the third quarter driven by solid sales of the Model 3. But Musk said Friday that unaudited results indicate Tesla will produce less profit in the fourth quarter.

"This quarter, as with Q3, shipment of higher priced Model 3 variants (this time to Europe and Asia) will hopefully allow us, with great difficulty, effort and some luck, to target a tiny profit," Musk wrote.

Tesla (TSLA) shares fell as much as 8% in premarket trading.

Musk said the layoffs were necessary because Tesla has to produce cheaper variants of the Model 3.

The cheapest version of the carmaker's most affordable model currently sells for $44,000. The goal is to reduce the price to $35,000 this year.

"The road ahead is very difficult," Musk wrote in his letter. "This is not new for us — we have always faced significant challenges — but it is the reality we face."

Gene Munster, managing partner at venture capital firm Loup Ventures, said in a research note that the layoffs do not change his long-term view on the company.

The tech analyst said the carmaker's manufacturing process has become more efficient, allowing it to reduce headcount while increasing production.

Getting a cheaper Model 3 to market is crucial for Tesla, which wants to sell cars to mass audiences and not just luxury buyers. But the company has come up against a host of challenges.

Tesla had been burning cash while it ramped up production of the Model 3. In June 2018, the carmaker laid off 9% of its staff to help stem losses.

The US federal government has also slashed a tax credit for Tesla buyers from $7,500 to $3,750. Tesla lowered the prices of the Model S, Model X and Model 3 by $2,000 earlier this month in response.

The credit will fall further to $1,875 in the second half of this year, and will be eliminated in 2020. Analysts expect the tax change to hurt the company's revenue.

There have also been questions about Musk's leadership of the company.

The outspoken executive resigned as chairman last year after Tesla reached a settlement with the Securities and Exchange Commission over his tweets.

The agency got involved after Musk tweeted in August that he intended to take Tesla private at $420 per share, triggering a stock surge. The deal never happened.

The billionaire has also attracted attention for tangling with journalists, investors and analysts he believed were covering Tesla unfairly.