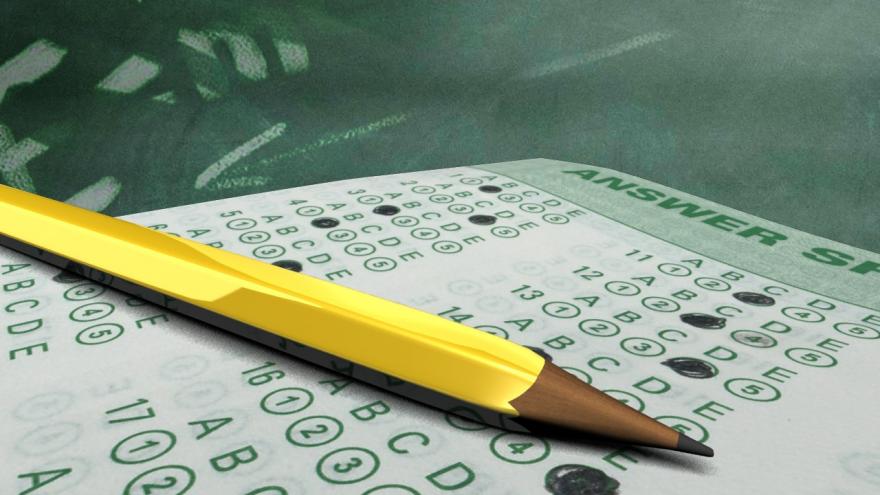 BOSTON (AP) — A former Florida prep school administrator pleaded guilty Friday to taking college entrance exams for students in exchange for cash to help wealthy parents get their kids into elite universities across the country.

Mark Riddell admitted to secretly taking the SAT and ACT for students, or correcting their answers, as part of a nationwide college admissions cheating scheme, which has ensnared celebrities, business executives and athletic coaches at sought-after schools such as Stanford and Yale.

Riddell, who has been cooperating with authorities since February in the hopes of getting a lesser sentence, pleaded guilty to fraud and money laundering conspiracy charges.

The 36-year-old, wearing a dark suit and glasses, looked straight ahead and showed no emotion as assistant U.S. Attorney Eric Rosen explained that prosecutors will seek a sentence at the low end of the guidelines, which call for 33 to 41 months in prison. Riddell's lawyer declined comment.

The Harvard graduate oversaw college entrance exam preparation at IMG Academy, a Bradenton school founded by renowned tennis coach Nick Bollettieri that bills itself as the world's largest sports academy. Riddell has since been fired.

Authorities say the admissions consultant at the center of the scheme, Rick Singer, bribed test administrators to allow Riddell to pretend to proctor the exams for students so he could cheat on the tests. Singer typically paid Riddell $10,000 per test to rig the scores, prosecutors said.

U.S. Attorney Andrew Lelling has said Riddell knew all the answers because he was "just a really smart guy."

Riddell was among 50 people charged last month in the scam, which embroiled elite universities across the country and laid bare the lengths to which status-seeking parents will go to secure their children a coveted spot. Others arrested include actresses Felicity Huffman and Lori Loughlin along with Loughlin's fashion designer husband, Mossimo Giannulli.

In addition to the exam-rigging scheme, prosecutors say parents paid Singer tens of thousands of dollars to bribe coaches into pretending that their kids were athletic recruits to boost their chances of getting accepted.

Huffman, the 56-year-old Emmy-winner who stared in ABC's "Desperate Housewives," and 12 other parents have agreed to plead guilty. Huffman is scheduled to appear in Boston on May 21 to enter her plea.

Parents who are still fighting the allegations — including Loughlin, 54, who appeared in the 1980s and '90s sitcom "Full House" — were hit this week with a money laundering conspiracy charge on top of the mail fraud conspiracy charge they were already facing.

Singer flipped on the parents and helped the FBI build the case against for a chance at a lenient sentence. He pleaded guilty last month to charges including racketeering conspiracy.