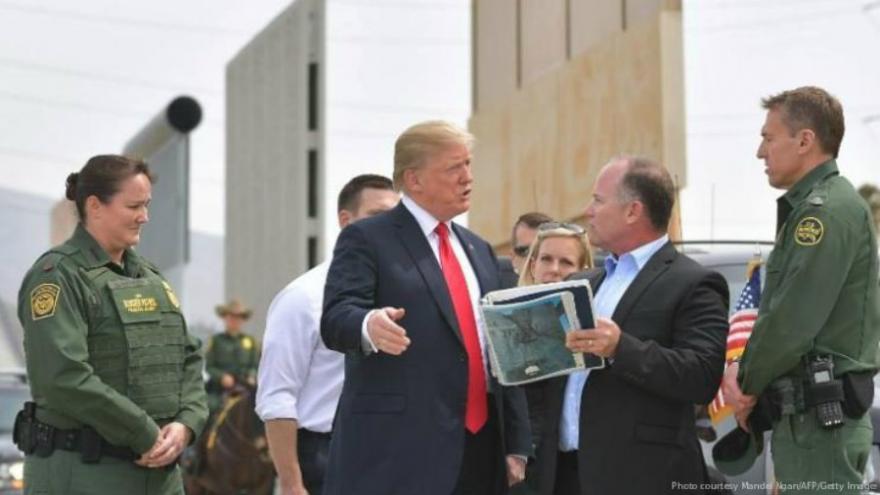 (CNN) -- Texas is preparing to deploy National Guard troops and vehicles to the border with Mexico, the state's top military commander said Friday.

About 250 troops will be sent by Monday to the state's 1,254-mile long border with Mexico, Army National Guard Brig. Gen. Tracy Norris said.

"This mobilization supports the priorities of the governor and the President in securing our borders," she told reporters.

More troops will be sent once mission requirements and locations are determined, she added.

Notifications for troops will go in the mail Saturday telling troops they need to report as early as next week, Norris said.

Texas already has 100 National Guard soldiers on the border from another operation that began in 2014.

One other southwestern state announced its National Guard plans. Arizona is sending 150 troops to the border next week, the state's department of military affairs said. Troops there will lend air support, help with reconnaissance and construction of border infrastructure and give logistics support.

A spokeswoman for the Pentagon, Dana White, said Thursday: "These National Guard members will act in support of Border Patrol agents who are performing law enforcement duties."

"We'll figure it out," he said. "It will be consistent with law and the spirit of Congress. No problem."

"Tonight, National Guard troops are deploying to support border security missions along the US southwest border," they said. "Working closely with the border governors, the Department of Homeland Security identified security vulnerabilities that could be addressed by the National Guard."

The chief of the National Guard Bureau, Gen. Joseph Lengyel, tweeted that the move involves 500 troops.

US law limits what the troops can do. Federal law prohibits the military from being used to enforce laws, meaning troops cannot actually participate in immigration enforcement. In the past, they've served in support roles like training, construction and intelligence gathering.

Norris said whether an airman or soldier is armed during deployment depends on the nature of the mission, but the Guard is still working with Homeland Security on mission issues.

Mattis late Friday signed an order for "up to 4,000 National Guard personnel to support DHS's southern border security mission while under the command and control of their respective governors through September 30, 2018," according to a Defense Department memo.

The memo says troops will be armed only in limited situations that might require self-defense.

President Donald Trump said Thursday he will deploy 2,000 to 4,000 troops to the border with Mexico.

In a memo he signed Wednesday evening, Trump declared the defense secretary "shall request use of National Guard personnel" to secure the border and that the homeland security secretary will work with him to train and direct the troops in that mission.

He said in the memorandum that "the security of the United States is imperiled by a drastic surge of illegal activity on the southern border."

Sending National Guard troops to the Mexico border is not unprecedented. Both of Trump's predecessors did so, though the moves were criticized as costly and of limited effectiveness.

Norris noted troops will need time to tell relatives and employers about their deployments.

Troops typically head to an armory first, pick up their gear and get briefed before heading out on deployment.