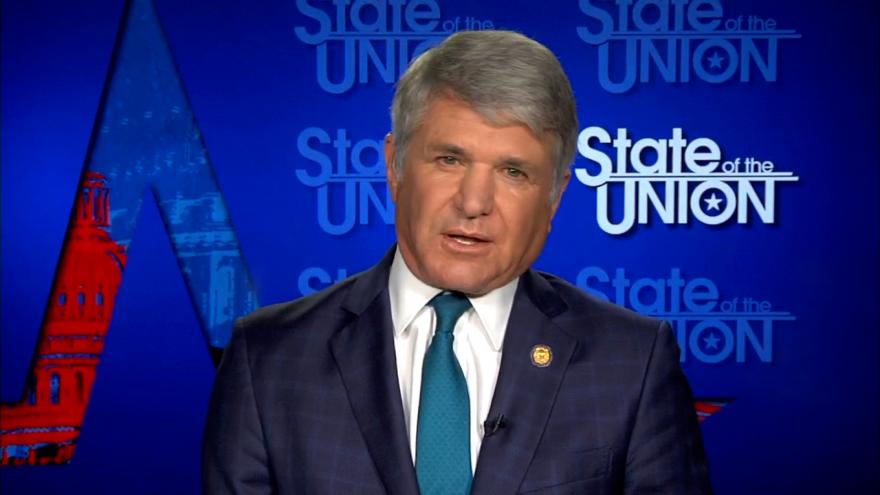 Federal emergency funds meant to help Texans recover from a deep freeze will also be used to help some residents pay exorbitantly high energy bills they were charged as a result of the recent snow storm, Michael McCaul said Sunday. - CNN

(CNN) -- Federal emergency funds meant to help Texans recover from a deep freeze will also be used to help some residents pay exorbitantly high energy bills they were charged as a result of the recent snow storm, a Republican congressman from the state said Sunday.

"Yes, that's the current plan with the federal assistance -- be able to help the homeowners both repair, because we have a lot of water leaks, a lot of water damage, pipes bursting, but also their electricity bills as well," Texas Rep. Michael McCaul told CNN's Dana Bash on "State of the Union" when asked if some of the disaster funds would be used to help residents pay the bills.

Residents in the state have been reporting unusually high energy bills following the freeze, something officials in the state have said that they are investigating, with Gov. Greg Abbott convening an emergency meeting to look into the situation.

"It is unacceptable for Texans who suffered through days in the freezing cold without electricity or heat to now be hit with skyrocketing energy costs," Abbott, a Republican, said in a statement on Saturday.

President Joe Biden approved a major disaster declaration for Texas last week, unlocking more federal resources to assist the state struggling to recover from deadly winter storms. The declaration states that "assistance can include grants for temporary housing and home repairs, low-cost loans to cover uninsured property losses, and other programs to help individuals and business owners recover from the effects of the disaster."

Biden's declaration makes aid available to individuals in 77 counties in Texas, though Abbott had requested a major disaster declaration for all 254 counties. The White House said it's working closely with Abbott, and more counties could be included after further assessment of the damage.

"While this partial approval is an important first step, Texas will continue to work with our federal partners to ensure all eligible Texans have access to the relief they need," the governor said in the statement.

Among those hit with high energy bills is Dallas resident DeAndre Upshaw, who said he received a "very shocking" $7,000 bill from his utility company.

"While I'm trying to get gas and groceries and make sure that my pipes don't explode, the last thing I'm thinking about is a $7,000 bill from my utility company," Upshaw told CNN's Fredricka Whitfield on Saturday.

Local officials in the state, meanwhile, are suggesting Texas should pay for the high bills, with Houston's Democratic mayor and Fort Worth's Republican mayor urging the state to lift the burden off of affected residents.

"For these exorbitant costs, it's not the consumers who should assume that costs ... the bill should go to the state of Texas," Houston Mayor Sylvester Turner told CBS on Sunday.

Fort Worth Mayor Betsy Price echoed Turner, saying: "We expect the state to step up to pay it." The two said that the biggest issue facing their cities now that electricity has been restored is plumbing issues due to broken pipes, limited repair resources and continued lack of water access.

San Antonio Mayor Ron Nirenberg bluntly said there would be "hell to pay" if residents of the state were expected to front the bill for elevated electricity costs.

"It would be unconscionable for bills to go up and for bills to be put on the backs of residents of the state that have been suffering and freezing their homes for the last week, through no fault of their own," Nirenberg told CNN on Sunday. "This was a total failure by the state's energy management, and they need to be held accountable."

The mayor added: "There will be hell to pay if there is any notion that the residents of this state should pay for this disaster."

On Sunday, McCaul also criticized Sen. Ted Cruz, a Texas Republican who is facing fierce backlash for flying to Cancun, Mexico, as the state suffered through the deep freeze, a decision Cruz later said he regretted.

"I know Mr. Cruz called it a mistake and he's owned up to that, but I think that was a big mistake," McCaul told Bash. "As for me, I was on the ground trying to help my people out and my constituents and that's what we should be doing in a time of crisis just like we did during the hurricane season as well."