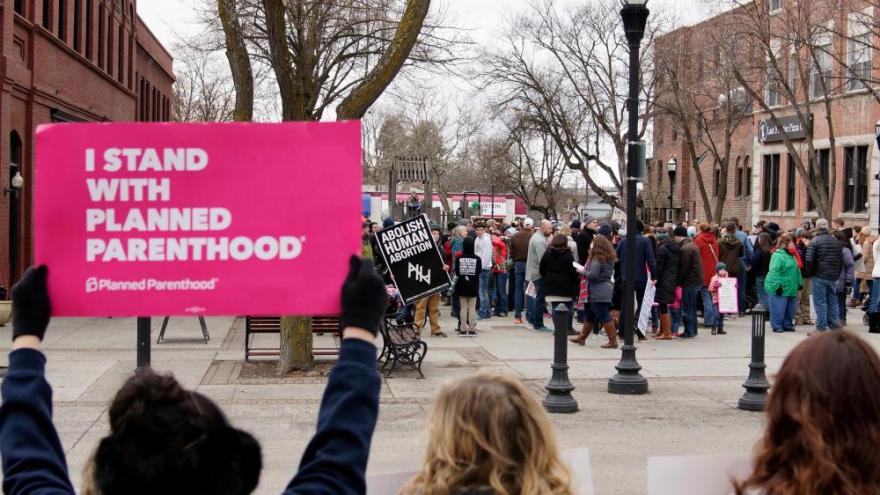 Texas Gov. Greg Abbott on May 19 signed into law a so-called "heartbeat ban" abortion bill -- barring most abortions at the onset of a fetal heartbeat, which can occur as early as six weeks into pregnancy and before many people know they are pregnant.

(CNN) -- Texas Gov. Greg Abbott on Wednesday signed into law a so-called "heartbeat ban" abortion bill -- barring most abortions at the onset of a fetal heartbeat, which can occur as early as six weeks into pregnancy and before many people know they are pregnant.

"Our creator endowed us with the right to life and yet millions of children lose their right to life every year because of abortion," Abbott said. "In Texas, we work to save those lives. And that's exactly what the Texas legislature did this session."

The Texas bill, SB 8, requires that abortion providers check for a fetal heartbeat before performing an abortion, and bans them from carrying out the procedure if one is detected. It makes exceptions "if a physician believes a medical emergency exists," but not for instances of rape or incest, citing that "public and private agencies provide ... emergency contraception for victims of rape or incest."

The measure joins a growing cohort of state abortion bans in 2021, with many Republican-led state legislatures advancing restrictions on the procedure at a renewed pace that could eclipse the similar wave seen in 2019. The bills run starkly counter to -- and largely seek to overturn -- Roe v. Wade, the 1973 landmark Supreme Court decision legalizing abortion nationwide prior to viability, which typically occurs at around 24 weeks of pregnancy.

Abbott's signature also comes on the heels of the Supreme Court on Monday agreeing to take up a key abortion case next term concerning a controversial Mississippi law that banned most abortions after 15 weeks, rekindling a potentially major challenge to Roe in front of the majority conservative court. The court's announcement is only expected to intensify the growing trend of state-level abortion restrictions coming out of Republican-controlled legislatures, according to activists on both sides of the issue.

Texas joins South Carolina, Oklahoma and Idaho in codifying bans this year on abortion at the onset of a fetal heartbeat. Also this year, Arkansas and Oklahoma have enacted near-total abortion bans, and Montana banned the procedure at 20 weeks. None of the bills have gone into effect, either because of court actions or later effective dates. Neither have any of the 10 gestational bans, ?which bar abortions past a certain point in pregnancy, that passed in 2019 and 2020.