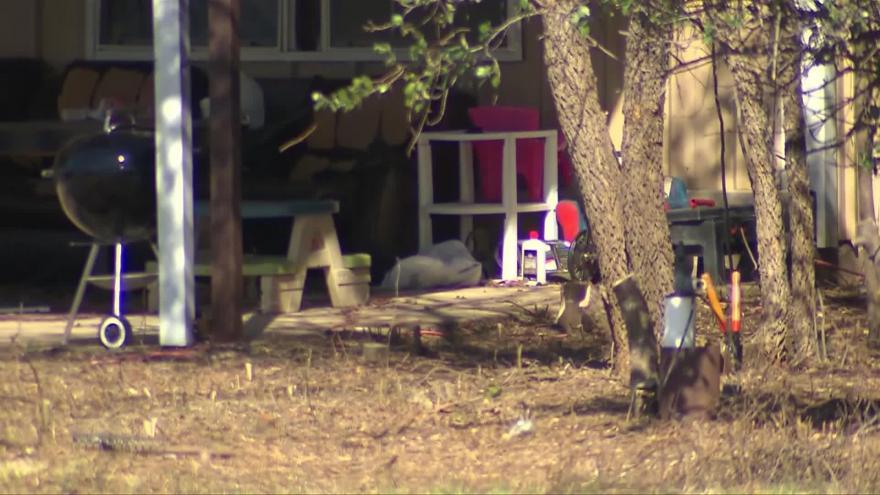 (CNN) -- A mother and her boyfriend were arrested after police responding to a domestic disturbance call in Texas found four malnourished children in a home -- two of them locked in a dog crate, authorities said.

Police discovered the children Tuesday in clutter and filth, with two in a crate placed in a barn converted into living space, Wise County Sheriff Lane Akin said.

The three boys and one girl range in age from 1 to 5, and didn't say much when police arrived at the home near Rhome, authorities said. They were hungry and thirsty, and covered in feces, Akin said.

CNN affiliate KTVT reported that the two oldest children, ages 5 and 4, were the ones locked in dog crates.

"Our deputies and our lieutenant fed and gave water to those children. And due to the malnourishment and other concerns, EMS was called; emergency medical was called," Akin said.

They were arrested on four counts of endangering a child, and Harkings faces an additional charge of one count of aggravated assault causing serious bodily injury, Akin said.

The domestic disturbance call was a result of a fight between the two, and Fabila had several abrasions on his face when police arrived, according to authorities.

They're being held at the Wise County jail.

At a court hearing Wednesday, bond was set at $75,000 for Harkings and $60,000 for Fabila, the sheriff's department said. They have not yet been appointed attorneys, officials said.

The children were taken to a hospital in Fort Worth for evaluation, and are in the custody of Child Protective Services.

Neighbor Amber Jester told the affiliate that she didn't know there were children at the home.

"You'd think that being right across the street we would know something," she said. "You'd like to say you would do something. But you don't know. I guess you never know what people are doing inside of their homes."