Texas will not resettle refugees under Trump executive order 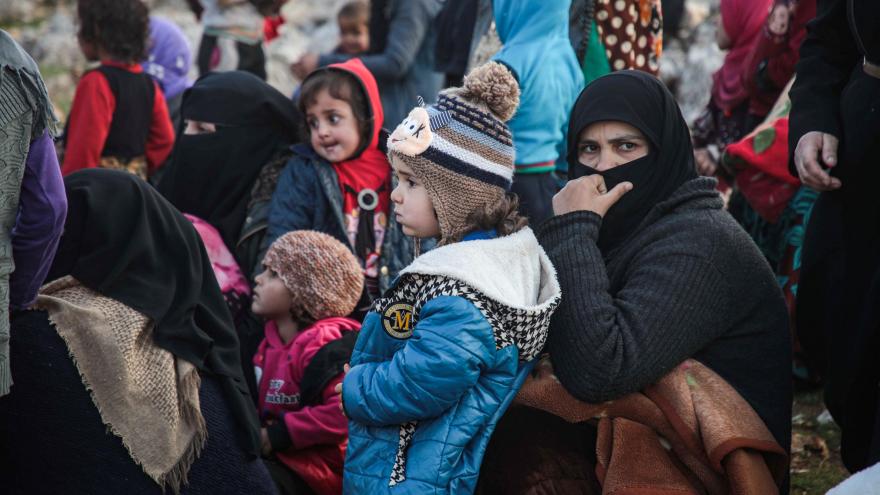 (CNN) -- Texas will not resettle refugees in 2020, Republican Gov. Greg Abbott told the Trump administration Friday, citing a responsibility to use state resources for those already residing in Texas.

Texas is the first state to decline resettlement, as part of a new executive order that requires state and local governments to give consent to receiving refugees.

Abbott said in a letter to Secretary of State Mike Pompeo that the state and non-profit organizations "have a responsibility to dedicate available resources to those who are already here, including refugees, migrants and the homeless — indeed, all Texans."

Last year, Texas resettled 2,230 refugees, taking in the largest number of refugees compared to other states, according to State Department statistics.

Trump's executive order directed states and localities to provide written consent to resettle refugees in their jurisdictions. Thirty-nine states have told the State Department they intend to continue to place refugees in their states. Of those, 17 are led by Republicans.

Refugee resettlement has generally been a bipartisan issue. Over time, though, support among conservatives has declined. According to the Pew Research Center, roughly 19% of conservative Republicans said the United States has a responsibility to accept refugees in 2018, down from around a third in 2017.

Over the course of Trump's presidency, the administration has slashed refugee admissions to historic lows. This fiscal year, the administration set a cap, which dictates how many refugees may be admitted to the US, to 18,000, down from 30,000 the previous year.

States have until June 1 to provide consent, but resettlement agencies need to submit proposals for federal funding later this month, creating a de-facto deadline.

The Texas governor's letter also comes as a federal judge in Maryland is weighing a lawsuit filed by three refugee resettlement agencies seeking to block the provision in the executive order from going into effect.

The agencies suing the government over the executive order all slammed the Texas governor's decision on Friday.

"Governor Abbott's decision is cruel, harmful and a rejection of the values of Texas communities. Texas has long been a leading state in refugee resettlement. It also flies in the face of our nation's legacy of welcome supported by the governors from 42 states who have committed to continue welcoming refugees," said CWS President and CEO Rev. John L. McCullough.

A State Department spokesperson previously told CNN that it is accepting letters on a rolling basis and it will continue to do so after the deadline for agency proposals. The State Department's Bureau of Population, Refugees, and Migration is also posting the letters to its site.