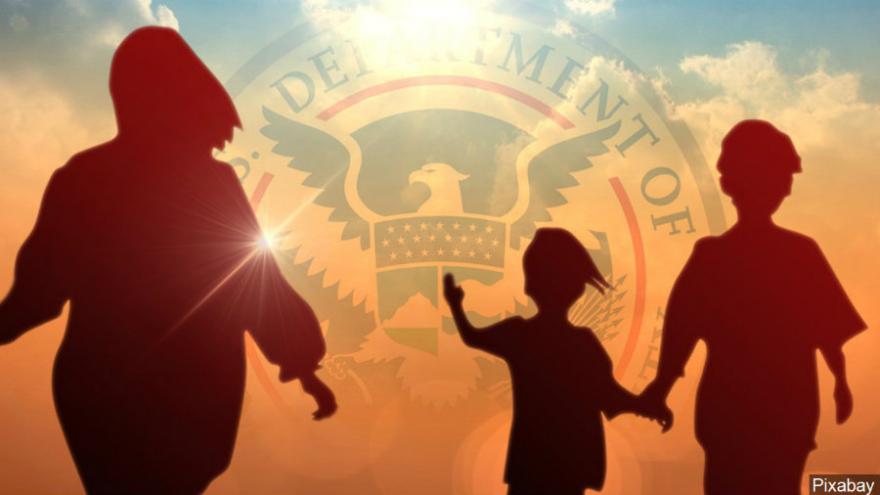 AUSTIN, Texas (AP) — Texas won't use state funding to educate immigrant children housed in federal detention, which one shelter operator says is jeopardizing partnerships with school districts along the U.S.-Mexico border and will come at the expense of the kids in custody.

The Texas Education Agency told a charter school group that local schools that want to serve migrant students in federal custody can't do so with state education funding, according to a letter obtained by the Houston Chronicle.

Earlier this month, The Associated Press reported that school leaders in San Benito, Texas, reached out to a nearby migrant shelter and agreed to send 19 bilingual teachers and other resources. The small school district had hoped to receive nearly $3 million in additional state funding by including the shelter's students in enrollment numbers, but the shelter's private operator, Southwest Key, canceled the agreement, meaning all teachers will leave the shelter, said Salvador Cavazos, the nonprofit's vice president for education services.

"I think the ones that ultimately are affected adversely are the youth that are in the shelters," Cavazos told the Chronicle. "Because we're in a partnership, we would have been able to provide additional resources, partner with credit-bearing institutions, provide grades and help them achieve credits go to other public schools."

The wave of minors who have crossed the southern border into the U.S. has raised questions about what role, if any, states should play in educating them. In a statement, Texas officials said it is the federal government's responsibility.

The U.S. Immigration and Customs Enforcement requires school-aged children housed in shelters to have their educational needs assessed within three days of arrival, to receive six hours of structured instruction on weekdays and to receive special education services if they are eligible.

Texas officials say schools still could voluntarily provide help to shelters. But school leaders across the state say their schools have been dealing with declining state funding for years, which makes it impractical to pay to provide services to students who aren't technically enrolled in their districts.

The AP has reached out to public school districts in 61 U.S. cities that are home to youth immigrant shelters. Among the 50 that responded, most said they had no contact with the shelter or federal program authorities. Officials in some cities in non-border states, including Camden, New Jersey, said they only recently discovered the existence of migrant shelters in their communities.

Many noted that they would educate all children regardless of immigration status, as required by law, if their families or legal guardians sought enrollment on their campuses.