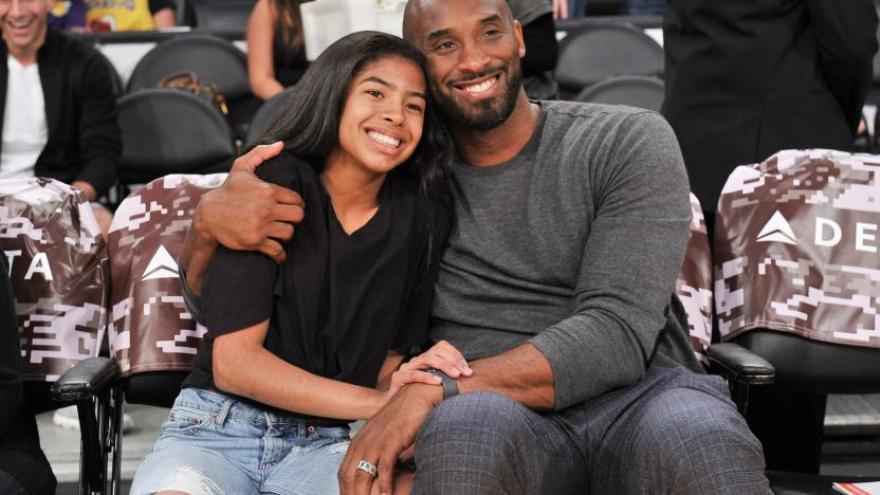 (CNN) -- Text messages prior to the doomed helicopter flight that killed NBA star Kobe Bryant and eight others show that weather conditions were a concern, and records show that the pilot appeared to become disoriented in fog.

Bryant, his 13-year-old daughter and seven others on the aircraft were killed as they headed to a youth basketball game on a foggy January morning.

Weather and visibility were critical to the accident, a performance study from the National Transportation Safety Board pointed out in newly released documents. The documents -- more than a thousand pages -- detail much of the investigation. Those documents are not the final report in the case, which will determine the exact cause of the crash.

Before every flight with Bryant, a group text was always created in order to keep everyone in communication about the flights. That group text mentioned weather concerns prior to the flight, but they were dismissed by both the pilot and the flight coordinator.

The conversation around weather

Records show the flight coordinator asked the aircraft pilot, Ara Zobayan, about the forecast one day before the scheduled flight.

"Just checked not the best day tomorrow but not as bad as it is today," Zobayan responded.

Zobayan checked in again on the day of the flight about weather conditions.

Less than an hour later, the coordinator asked, "Ara how is weather looking for 9 departure."

Zobayan replied, "Should be OK"

"I agree," the coordinator texted back.

As the helicopter made its way north from Orange County to Burbank, clouds and fog worsened. The aircraft traveled along the 118 freeway toward its destination of Calabasas and the pilot was flying at an altitude of about 1,500 feet, records show.

Zobayan told radar controllers he was going to "start our climb to go above the ... layers."

When asked his intentions, the pilot responded, "climbing to four thousand," but the helicopter was descending 17 seconds before the end of data, the report states.

Controllers again "asked for his intentions, but the pilot never responded."

"Calculated apparent angles at this time show that the pilot could have misperceived both pitch and roll angles," the documents say.

Zobayan was a favorite pilot

"Ara was Kobe Inc.'s favorite and the pilot they preferred," the documents say.

Emails obtained by the NTSB show between September and December, eight Island Express flights booked for high-profile celebrities were canceled due to poor weather, an Island Express employee said.

Correction: An earlier version of this story attributed the explanation of pilot disorientation to the wrong source. It was from National Transportation Safety Board records.