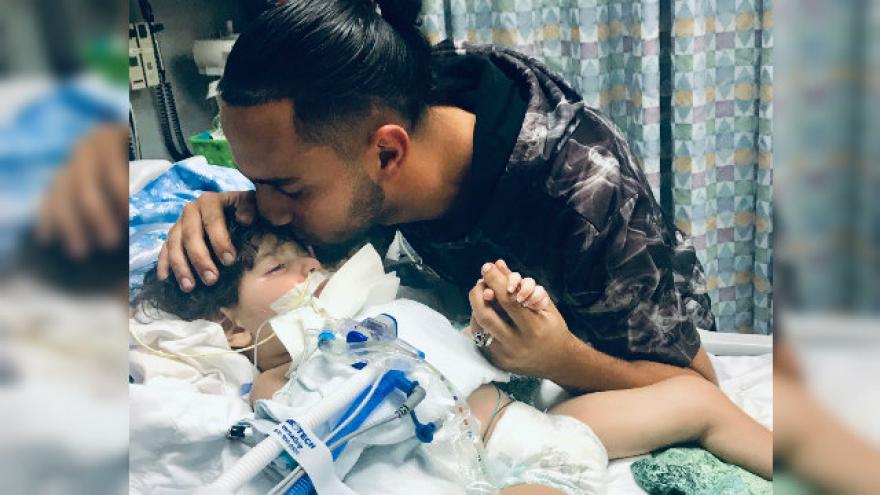 Abdullah Hassan, who was on life support by the time his Yemeni mother was granted a visa to see him one last time, has died. The 2-year-old passed away Friday at the UCSF Benioff Children\'s Hospital in Oakland, California. Photo courtesy CAIR-Sacramento Valley

(CNN) -- Abdullah Hassan, who was on life support by the time his Yemeni mother was granted a visa to see him one last time, has died.

The 2-year-old passed away Friday at the UCSF Benioff Children's Hospital in Oakland, California, according to the Council on American Islamic Relations.

His mother, Shaima Swileh, was barred from traveling to the US under the White House travel ban that restricts Yemeni nationals from entering the country. She was granted a visa by the US State Department last week and shortly after arrived in California.

Her husband, Ali Hassan, flew with their son to the US on October 1 seeking treatment for the boy's genetic brain condition. Abdullah was the couple's only child.

Both Abdullah and his father were US citizens.

Hassan, made a public plea to President Donald Trump to expedite his wife's visa application so she could have the chance to see her son one last time.

Doctors had previously told Hassan that patients like his son are usually on life support for two or three weeks, or a month at most. Abdullah had been on a ventilator at the Children's Hospital for more than a month.

"We are heartbroken. We had to say goodbye to our baby, the light of our lives," Hassan said. "We want to thank everyone for your love and support at this difficult time. We ask you to kindly keep Abdullah and our family in your thoughts and prayers."

"Ali and Shaima are in our thoughts and prayers as they mourn the loss of dear Abdullah," Saad Sweilem, a civil rights attorney with CAIR, said. "With their courage, this family has inspired our nation to confront the realities of Donald Trump's Muslim Ban. In his short life, Abdullah has been a guiding light for all of us in the fight against xenophobia and family separation."

A funeral service for Abdullah will take place on Saturday afternoon in Lodi, California.