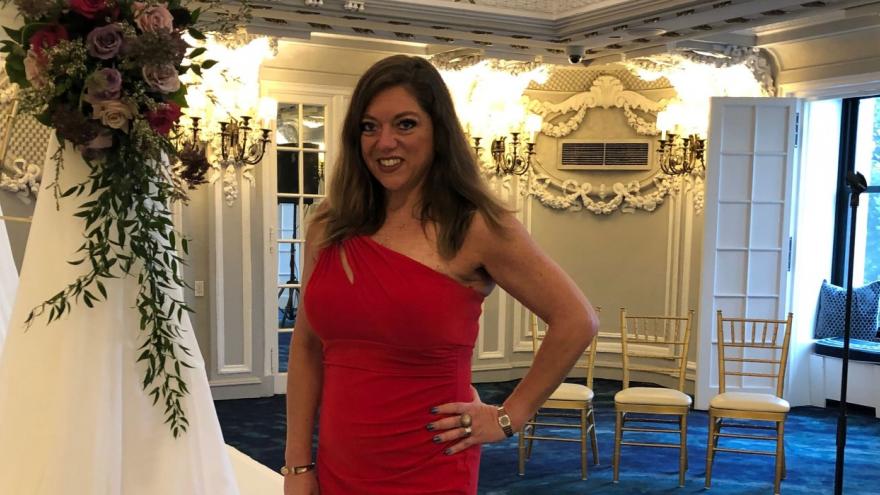 Estelle Hedaya\'s family said she is the final victim of the condo collapse that authorities have yet to find and identify. - Courtesy Hedaya family

(CNN) -- One day before the somber one-month anniversary of the Surfside condo collapse, the family of Estelle Hedaya told CNN she is the final victim that authorities have yet to find and identify.

"The tough part is seeing my parents like this, day after day," her brother, Ikey Hedaya, told CNN on Friday. "I just want my sister to be at peace and get the honor and respect she deserves."

Ikey says that the family is guided by their faith and have found some comfort that Estelle, 54, was "chosen for something very important." Still, they need closure so they can properly mourn her.

He is "pretty calm," but Ikey is aware that there's stress he may have just become numb to.

Dozens of condominiums in the Champlain Towers South, a residential tower just north of Miami Beach, were destroyed when part of the building collapsed early June 24.

Authorities have identified 97 victims -- including 96 who were recovered from the collapse site and one who died in the hospital, Miami-Dade County officials said Wednesday. Officials said they believe one victim is not yet identified.

After searchers combed the rubble for days and weeks, the site is now mostly cleared and debris has been relocated, Miami-Dade County Mayor Daniella Levine Cava said in a statement.

"A month is a very long time for something like this," Ikey Hedaya says.

Thankfully, he says, the family has had non-stop prayers and support from their community. A constant stream of visitors also has helped as they wait for the call.

"We can get a call today, but [it] can also take several more weeks," he says. "[It's] impossible to know at this point."

Every time he gets a call from Miami's 305 area code, like he did during CNN's interview, it stops him in his tracks.

Unfortunately, that call was just like the others, which have been providing him with the same message -- authorities are still searching for remains.

"They extract DNA and test it, then an anthropologist has to do an analysis to see who are possible matches," Ikey says. "They keep eliminating until they find a match but sometimes the test comes back inconclusive, so they have to extract more DNA and repeat the process."

Miami-Dade Fire Rescue (MDFR) is transitioning the search and recovery effort to the Miami-Dade Police Department (MDPD), according to Levine Cava's office.

"The operation is ongoing, and MDPD is continuing to search the debris pile both for human remains and for personal items until they have completed a full additional search of the debris," the mayor said Friday in a press release.

"At this step in the recovery process, it has become increasingly challenging to identify victims, and we are relying heavily on the work of the medical examiner's office and the scientific, technical process of identifying human remains," the release adds. "This work becomes more difficult with the passage of time although our teams are working as hard and as fast as they can."

Remembering Estelle, Ikey says she was at the apex of her life, "in every aspect."

The oldest of three siblings, Estelle was director of operations at a jewelry buying group. Her brother said she loved working out, dancing, and traveling.

"I firmly believe God helped her get to her best point in life and then decided best for her to go out on top," he says.

"My one regret is that I never told her how much I respected her, and how much I admired how she kept improving no matter what life was throwing at her," Ikey says. "I just never thought there'd be a day I'd be here, and she wouldn't."