The Beyond Meat burger is coming to McDonald's 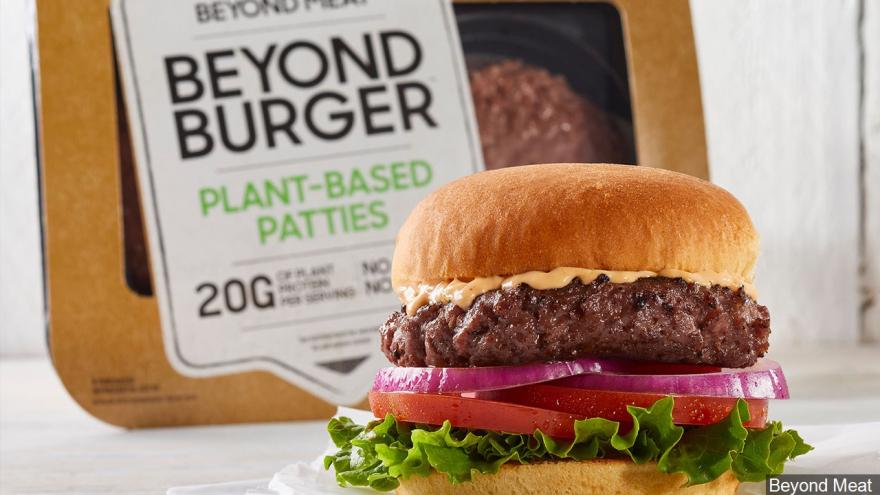 The P.L.T. (plant, lettuce, tomato) burger will go on sale in 28 McDonald's locations in Southwestern Ontario, including Canada's largest city, Toronto, for a limited time. The 12-day test will begin Monday.

Beyond Meat's stock shot up 20% in pre-market trading. Some food industry insiders had speculated that McDonald's could partner with Nestle to bring a vegan burger to market in North America. Nestle made McDonald's vegan burger, the Big Vegan TS, in Germany, one of McDonald's top 5 international markets.

McDonald's said it is testing the P.L.T. because of customers' growing interest in plant-based alternatives. The company said it's still in "learning mode," so it will review the test's results before adding the Beyond Meat burger elsewhere.

The plant-based protein trend is growing rapidly as people try to eat less meat and to reduce their environmental footprints. Unlike veggie burgers, which long had a mediocre reputation, the new plant-based proteins are designed to look and taste like meat and appeal to meat eaters as well as vegans and vegetarians.

McDonald's has been slower than its competitors in embracing the meatless trend. Burger King sells Impossible Whoppers to all of its US locations and Tim Horton's sells variations of Beyond Meat-based sandwiches in select Canadian markets. White Castle, Qdoba, Bareburger and others, are selling plant-based menu items as well.

So far, McDonald's plant-based burger sales have been limited. Two years ago, the company announced it would sell a McVegan burger, made with a soy patty, in Finland and Sweden. McDonald's partnered with a specialty Norwegian food company called Orkla on that earlier product. The chain also offers veggie burgers on some menus, depending on local demand.

For McDonald's, the decision isn't as easy because it has struggled with a complex menu that has angered franchises and slowed down service. CEO Steve Easterbrook previously said that the company has to weigh whether adding plant-based menu options is "worth it."

The P.L.T. will be served on a toasted bun with the usual array of toppings, including lettuce, onions and tomatoes. McDonald's will charge $6.49 Canadian ($5 US). Cheese is also optional.

Beyond Meat's stock surged nearly 600% after it went public in June, but it has faded in recent weeks over fears it was overvalued. Still, shares are up more than 400% since its opening price of $25 per share.