The Big 12 plans to play football in the fall 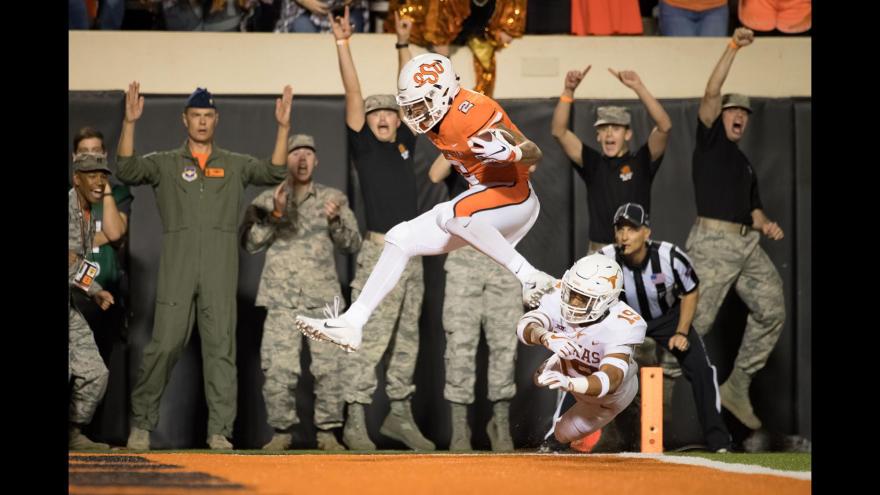 The Big 12 plans to play football in the fall.

On Wednesday, the conference reaffirmed its commitment to moving forward with the fall football slate, saying in a release "our student-athletes want to compete, and it is the Board's collective opinion that sports can be conducted safely and in concert with the best interests of their well-being."

To date the ACC and SEC, the two other "Power Five" football conferences, have yet to announce a plan for the coming season as the sports world as a whole wrestles with safety and health amid the global coronavirus pandemic.

The Big 12's board of directors have committed to testing student athletes for Covid-19 three times a week in what the league classifies as "high contact" sports -- football, volleyball and soccer.

"Opinions vary regarding the best path forward, as we've seen throughout higher education and our society overall, but we are comfortable in our institutions' ability to provide a structured training environment, rigorous testing and surveillance," said Big 12 Commissioner Bob Bowlsby in the league's statement.

The conference has revised its 2020 football schedule, settling on a 10-game slate that's set to kick off on September 26. Every one of the league's 10 teams will follow the "9-plus-1" format, meaning each school plays the other nine Big 12 programs, plus an additional non-conference game.

The schedule will be highlighted by the conference's signature Texas vs. Oklahoma "Red River Showdown" game, an iconic rivalry contest set to be held at the Cotton Bowl on October 10.

Big Ten and Pac-12 pull the plug on fall sports

The Big 12's declaration comes on the heels of the Big Ten and Pac-12 taking a different approach by canceling all fall sports for 2020, and shifting focus toward hopefully playing football in the spring.

Big Ten Commissioner Kevin Warren on Tuesday said that for his conference, "it became abundantly clear that there was too much uncertainty regarding potential medical risks to allow our student-athletes to compete this fall."

The postponement of the 14-team conference's 2020 football season will put a hold on some of college football's oldest and most heated rivalries, including "The Game," an annual showdown between Michigan and Ohio State.

The Pac-12 said competition won't resume until next year, meaning its basketball teams and other winter sports programs won't play until 2021.

According to ESPN, Big 12 leadership met multiple times on Tuesday to discuss the conference's fall plans, with the schools reportedly being split on how to proceed.

Baylor athletic director Mack Rhoades told a local radio station in Texas that if the league was to hold a vote, the results would be "really, really close."

TCU Chancellor Victor Boschini, meanwhile, did allow room for a change of plans should conference advisers suggest against forging ahead with football in the fall. "If at any point our scientists and doctors conclude that our institutions cannot provide a safe and appropriate environment for our participants, we will change course," Boschini said.

The ACC and SEC stand as the remaining members of college football's "Power Five" conferences that have yet to formally announce changes ahead of the fall sports season. As of late Tuesday afternoon, the two leagues have stated that plans remain unchanged despite developments elsewhere.

"I look forward to learning more about the factors that led the Big Ten and Pac-12 leadership to take these actions," SEC Commissioner Greg Sankey said in a statement Tuesday. "I remain comfortable with the thorough and deliberate approach that the SEC and our 14 members are taking to support a healthy environment for our student-athletes."