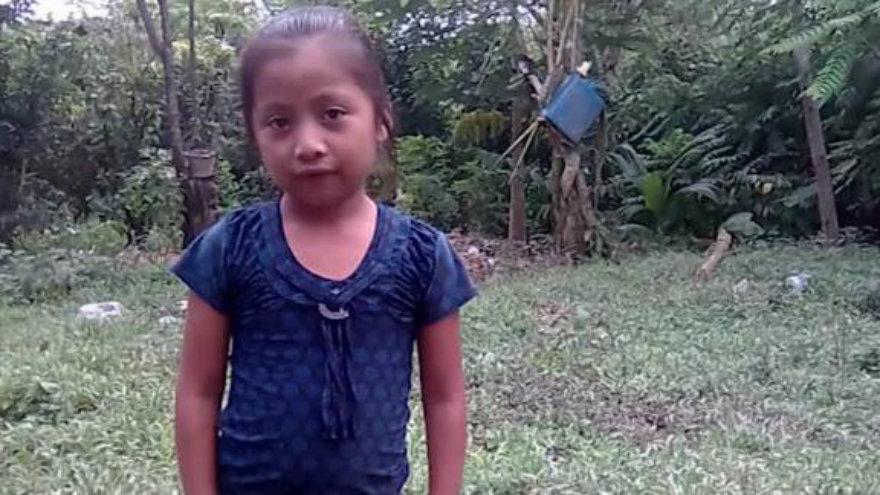 (CNN) -- The body of Jakelin Caal Maquin, a 7-year-old girl who died in US Customs and Border Protection custody, has been returned to Guatemala.

Jakelin's family says she fled the country with her father, Nery Gilberto Caal, 29, in search of a better life. She survived the 2,000-mile journey from northern Guatemala only to die less than 48 hours after Border Patrol agents detained her at a US-Mexico border crossing.

Her body was repatriated to Guatemala on Sunday after being transported by plane from Laredo, Texas. Her remains will be transported to the indigenous community of Raxruha, where she was from.

Her death marked another flashpoint in the debate over the Trump administration's hardline approach to immigration enforcement with many -- including Jakelin's family -- wondering if better medical care could have saved her.

A GoFundMe page authorized by the Guatemalan consulate has been set up to help Jakelin's family. The funds will cover the family's basic needs, including medical care for the girl's three siblings and the construction of a bathroom and a kitchen in their home, said Priscilla Villareal, a community organizer in Texas who created the page.

According to CBP, Jakelin and her father crossed the border illegally about a half mile west of the Antelope Wells port of entry in New Mexico. They were detained along with 163 other migrants on December 6.

The family's attorneys say Jakelin and her dad were not given water during the roughly eight hours they were detained at Antelope Wells waiting to be taken to a Border Patrol station. However, CBP says migrants "had access to food, water and restrooms" while they were detained and waiting transfer.

CBP claims that an initial health screening on Jakelin "revealed no evidence of health issues," and that her father reported that she was "in good health," the agency said in a statement.

The agency said Jakelin's dad first reported the girl's illness and vomiting when they were already on the bus, but before the bus left.

But attorneys for the family say they sought relief from the first Border Patrol agents they encountered near Antelope Wells. Attorney Enrique Moreno said Jakelin's father reported that she was sick and vomiting.

Somehow, during a 90-minute bus ride from Antelope Wells to the Lordsburg Border Patrol station, her health deteriorated. Two days later, she was dead.

Moreno said those 90 minutes may have been critical. By the time Jakelin arrived at the Lordsburg station, Jakelin's father said his daughter was not breathing.

Sometime before the bus left, "there was an indication of distress, and a decision was made at that point to transport her by bus anyway," Moreno said Wednesday.

"An evaluation by qualified medical personnel should have taken place before she left for Lordsburg," he said.

But CBP said the area where Jakelin was detained was far from quick access to emergency care, and bringing her to Lordburg for emergency medical care was the best option.

Before the bus arrived in Lordsburg, border agents called the station and requested an emergency medical technician, the Department of Homeland Security said.

"Border Patrol Agents, including trained Emergency Medical Technicians, did everything in their power to provide emergency medical assistance for Jakelin Caal Maquin immediately after her father notified the agents of her distress," CBP Commissioner Kevin K. McAleenan said in a statement.

Early indications from a hospital suggest Jakelin died from sepsis shock. But the local medical examiner has not determined the official cause of death, pending further studies.

Her family's lawyers say it's just one of the many unanswered questions in this unsettling case.

"Why wasn't medical personnel present on site? What was the level of medical training of staff at the Port of Entry? What were the conditions of detention where Jakelin was kept for eight hours?" Coyle asked.

"These are all questions that we need answered with specificity."