The California wildfires by the numbers 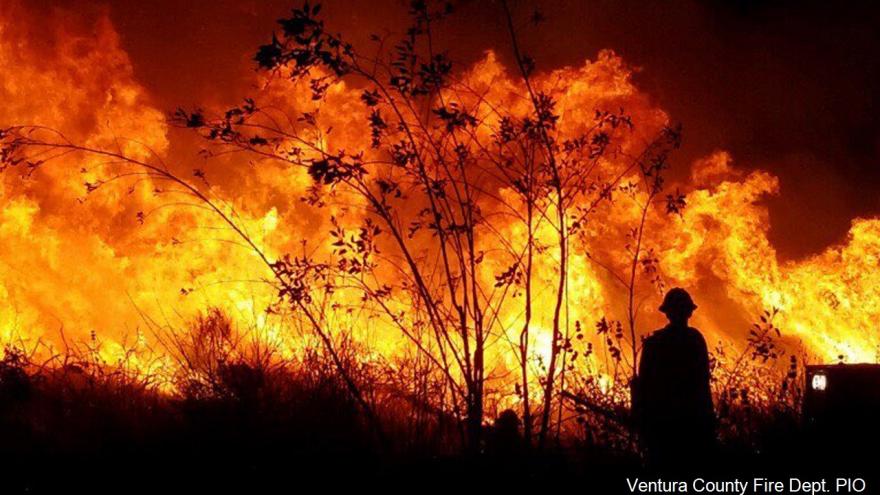 (CNN) -- A spate of California wildfires has destroyed an area larger than New York City and Boston -- combined. And with only about 40% of the colossal Thomas Fire contained, the end may be a long way off.

High Santa Ana winds literally have been adding fuel to the fires.

Here are the staggering numbers behind the blazes:

That's the size of the Thomas Fire, the largest one ripping across Southern California. It started in Ventura County and is now moving across Santa Barbara County.

At over 269,000 acres, the Thomas Fire is the third-largest blaze in modern California history. It's torched an area larger than New York City.

Altogether, wildfires this month have destroyed more than 270,000 acres in Southern California, officials have said.

That's how much money has been spent fighting the Thomas Fire, according to Ventura County. And the cost is sure to grow since the inferno was still only 40% contained as of Sunday morning.

At least 18,000 homes are threatened by the Thomas Fire as of Saturday, according to the California Department of Forestry and Fire Protection, known as Cal Fire.

More than 1,100 structures had been wiped out by Thursday, Cal Fire reported. It wasn't clear how many were homes and how many were businesses.

About 8,400 firefighters are tackling the Thomas Fire alone.

The Nevada Department of Corrections and Nevada Division of Forestry, which run conservation camps, have sent six trained crews of minimum security inmates to help.

Thousands more firefighters -- including from Arizona, Colorado, Idaho, Oregon, Utah and Washington state -- have been involved in battling the other wildfires.

Santa Barbara County has suffered intermittent but widespread power outages due to the Thomas Fire. Southern California Edison said that outages and surges had left up to 85,000 customers without electricity.

At least 95,000 residents have been evacuated in Southern California, Cal Fire said Tuesday.

This year has been the costliest for wildfires in US history. Damage has topped $10 billion -- and that was before the current fires began in Southern California.