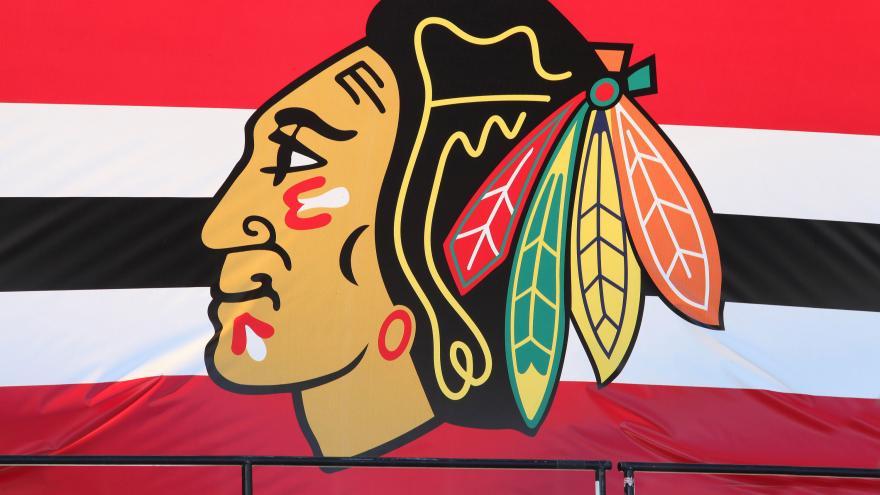 (CNN) -- With pressure mounting on the NFL's Washington Redskins to change its team name due to its racist connotations, an NHL team also under scrutiny is standing behind its name.

The Chicago Blackhawks contend its nickname actually honors a real life Native American, and the team has no plans to make any changes to its name and logo.

"The Chicago Blackhawks' name and logo symbolizes an important and historic person, Black Hawk of Illinois' Sac & Fox Nation, whose leadership and life has inspired generations of Native Americans, veterans and the public," the team said in a statement.

"We celebrate Black Hawk's legacy by offering ongoing reverent examples of Native American culture, traditions and contributions, providing a platform for genuine dialogue with local and national Native American groups. As the team's popularity grew over the past decade, so did that platform and our work with these important organizations."

The Chicago Blackhawks first joined the NHL in 1926, and it got its team name from owner Frederic McLaughlin, who was a commander during World War II serving under the 86th Infantry Division. It was nicknamed "Blackhawk Division" after Chief Black Hawk, according to the team's website.

The team's logo, largely unchanged since 1959-60, is of a large Native American head with feather headdress and face paint.

"We recognize there is a fine line between respect and disrespect, and we commend other teams for their willingness to engage in that conversation," the team said. "Moving forward, we are committed to raising the bar even higher to expand awareness of Black Hawk and the important contributions of all Native American people."

The Chicago Blackhawks Foundation had previously partnered with the American Indian Center of Chicago (AIC) to educate the public about American Indians, but the AIC ended that agreement in 2019, citing the perpetuation of "harmful stereotypes."

The Washington Redskins announced last week that they will review its name. The Cleveland Indians are also discussing the possibility of changing the team name, while the Atlanta Braves have declined to do so.