The colleagues killed in San Jose mass shooting were like family, official says. Here's who they were 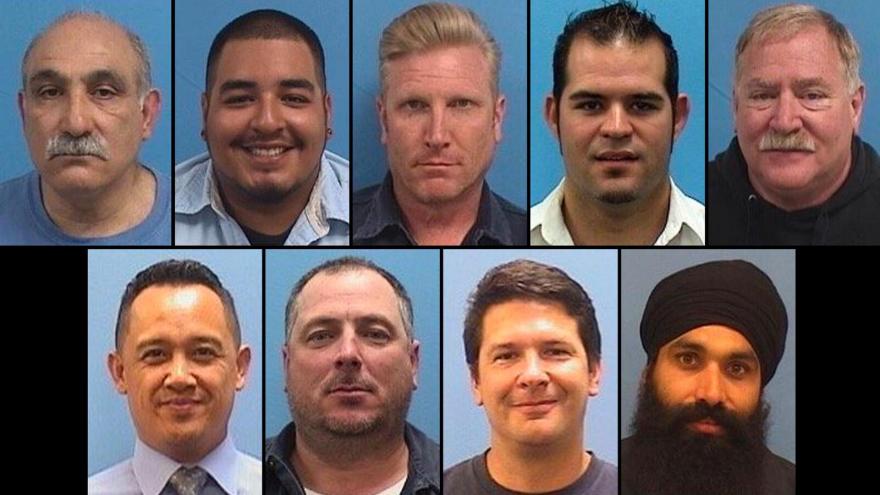 "Many of you have reported the names of the employees who were lost," he said. "To us here at VTA they are friends and our family and we want to honor their memory."

Here's what we know about them.

Singh started in 2014 as a bus operator trainee and later became a light rail operator.

He was a member of the Sikh community, a statement from his family said.

"We are beyond devastated by the loss of Taptejdeep, a beloved father, husband, brother, son, and nephew," his brother, Karman Singh, said in a statement. "He was a wonderful person who was committed to serving others at work and in his free time."

The brother went on to say they found out from eyewitnesses that Singh spent his final moments trying to keep others safe.

"From what we have heard, he reacted quickly to get colleagues into secure offices, and was frantically calling others who would have been coming in for a shift change to warn them about the shooter," the statement said.

"We understand that he was attempting to secure his building when he was killed," it added.

Taptejdeep Singh was born in Punjab, India, and moved to California with his parents roughly 17 years ago, a statement from the family said.

He is survived by his wife, 3-year-old son and a 1-year-old daughter, the family said.

Rudometkin started in 2013 as a VTA mechanic, later worked as an electro-mechanic and then an overhead line worker.

San Jose Councilmember Raul Peralez remembered his friend, Rudometkin, and said he had spent time with the family.

"I, unfortunately, get to know personally how these nine families have felt last night, this morning with just a sense of disbelief, with a hope that your loved one is still going to come home," Peralez said. "And know that that's just never going to happen again."

The past day, Peralez said, has been "painstaking and heartbreaking."

Rudometkin was a "terrific human being," Peralez told CNN on Thursday night.

He said Rudometkin loved his friends and loved his job.

"He'd been a mechanic his entire career and loved the challenge of working on the trains, and then most recently transitioned to an even more challenging job of an overhead linesman," Peralez said.

Lane started in 2001 as an electro-mechanic and went on to become an overhead line worker.

Lane's wife, Vicki Lane, told CNN affiliate KGO her husband was her soulmate, the "love of my life."

"He was a wonderful person, I'm going to miss him," she told the news station. "I miss him now, so much."

The sudden loss of her husband, she said, "just doesn't seem real."

The couple was preparing to celebrate his birthday this weekend. A wrapped birthday present for him still sits in one room of their home. In another part of their home, the last puzzle they worked on together sits with several pieces still missing.

He leaves behind four children, the affiliate reported.

"He always gave me a big hug every day when he got home," Vicki Lane told the news station.

Hernandez began in 2012 as a transit mechanic and then became an electro-mechanic and later on a substation maintainer.

"(He was) a wonderful young man, really, you know, willing to help everybody or anybody and really full of life and enjoyed life," his father, Jose Dejesus Hernandez II, told KGO.

His father said he had been visiting relatives in Mexico and when he heard the news he started making calls to find out if his son was OK.

Now he told the affiliate he is planning for his son's funeral.

Naunihal Singh, the superintendent of the light rail yard, said Megia always accepted all of his requests with a smile and was "always willing to help his employees."

Lorenzo Rodriguez told KGO he had been friends with Megia for more than a decade and wants him to be remembered as a good man with a big heart.

"This whole thing is a nightmare," Rodriguez said. "I was kind of hoping that he would at least call me back or text, but that never happened."

Fritch was a substation maintainer.

A verified GoFundMe page raising money for his memorial says he was "full of life."

"He loved his Tiki crawls, dirt bikes, Star Wars, being with his wife Terra, and loving life with his family," the page says.

An update in the page says he "fought to stay long enough to let his (loved) ones say goodbye."

It adds he was the sole provider for his wife and two teenage boys.

"The family is in shock and disbelief," the update says.

The GoFundMe page says Fritch was known as an optimistic and passionate man and a "dreamer who loved his family with all his heart."

A superintendent remembers the victims

Naunihal Singh, the superintendent, said he supervised many of the victims and shared an office with Megia. His direct reports were Singh and Balleza.

"I'm that unfortunate leader who lost my VTA family members," he said. "Words are not enough to justify the pain we are all going through."

Balleza started as a bus operator trainee in 2014 and later worked as a maintenance worker and light rail operator.

Alaghmandan worked with VTA for about 20 years as a substation maintainer and Romo, who was also killed, served over 20 years as an overhead line worker.

The victims tried to save others "while going through that chaotic situation," the superintendent added.

Hendricks, the VTA board chair, spoke to the families of all nine and said they were "in pain, but we are here to help."

"We want all of our employees to know we are all grieving together and we want to do everything we possibly can to support each other. If today or in the coming days you need to stop, talk with a coworker, take some quiet time, do it. Whatever your emotions, the pain, sorrow, anger, love, questions, these are all normal," he added.