'The Conners' lays foundation for life after 'Roseanne 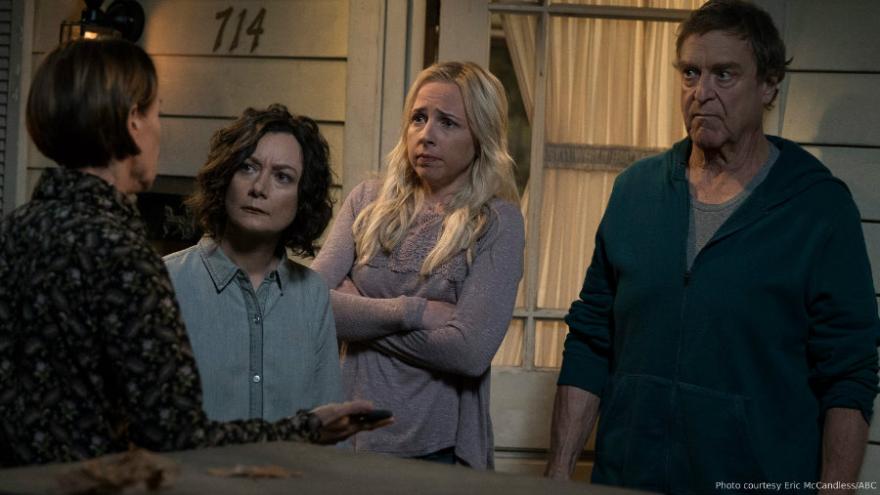 (CNN) -- The following is a spoiler-free preview of "The Conners."

Morbid curiosity surely surrounds "The Conners," the zombie sitcom raised from the dead after "Roseanne" was canceled, then revived without the show's controversial namesake and star, Roseanne Barr. Whether or not the series has legs -- as opposed to temporarily plugging the gaping hole left in ABC's schedule -- the producers and network have seemingly done what they can to make the best of a bad situation.

What "The Conners" has going for it, which shouldn't be underestimated, are a couple of world-class actors in John Goodman and Laurie Metcalf as the one-time title character's husband Dan and sister Jackie. They shoulder more of the load, as does Sara Gilbert as daughter Darlene, in what has grown to be an even larger ensemble with grandkids as part of the mix.

Still, it was always difficult with "Roseanne" to completely separate its mercurial star from her character, and similarly, efforts to explain her absence can't help but evoke thoughts of the off-screen drama that triggered her exit.

Under those circumstances, the writers have managed a reasonably deft feat in juggling comedy with drama, building a larger issue into the character's departure, and creating new storylines for the supporting players. A subsequent episode -- featuring "The Big Bang Theory's" Johnny Galecki in an encore guest role as Darlene's ex -- provides further evidence of the series moving on, as well as some particularly funny stuff involving Jackie, who tells her niece that her advantages in terms of finding a guy in their town include being "diabetes-free."

The question remains whether "The Conners" would have come into existence had ABC not faced a shortage of good options in replacing last season's breakthrough hit, after Barr's unfortunate tweets prompted the network to eliminate the revival. How people will react to the creative resolution will likely be colored by the same divisiveness that accompanied that decision.

The message from the series, ultimately, is that even amid setbacks, life goes on, which is of course true. The argument for a sitcom surviving such a high-profile change -- beyond practical considerations about buying time for the network and propping up its lineup -- could be another matter.