The coronavirus has only made Big Tech more dominant 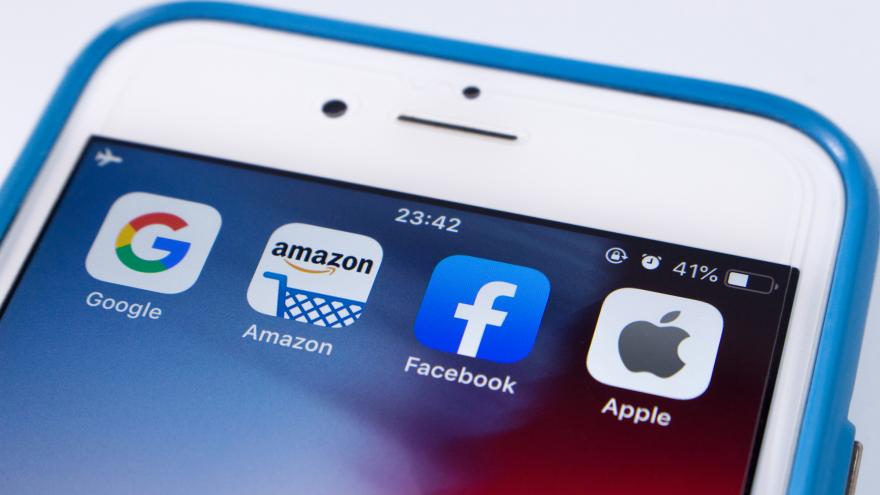 (CNN) -- One day after the CEOs of Amazon, Facebook, Apple and Google were grilled by Congress about whether their companies are too powerful, the businesses posted earnings results that showed they are only getting more dominant amid the pandemic.

Facebook said Thursday that it had more than 3 billion monthly active users in the June quarter across its apps, including Instagram and WhatsApp. The company said that number reflected "increased engagement as people around the world sheltered in place."

Amazon posted quarterly revenue of $88.9 billion, a 40% increase from the prior year and a staggering $8 billion more than analysts had expected as the online retail giant saw surging demand around the world.

Apple, which has dealt with flat or even declining revenue in recent years, reported an 11% increase in sales for the quarter, with growth across its various hardware products and digital services. Apple CEO Tim Cook called the results a "testament to the important role our products play in our customers' lives" even "in uncertain times."

Google's parent company, Alphabet, was the lone exception, posting the first year-over-year revenue decline in its history as the pandemic and economic downturn appeared to hurt its core advertising business. Even so, its shares rose nearly 1% in after-hours trading.

The strong growth in revenue among the group stands out at a time when the rest of the United States is on the decline. The US economy contracted at a 32.9% annual rate from April through June, its worst drop on record, the Bureau of Economic Analysis said Thursday.

While Big Tech's continued pandemic bump may please investors, it could risk putting an even greater spotlight on the companies at a sensitive time.

On Wednesday, members of the House Judiciary Committee's antitrust panel pressed the companies' CEOs with tough questions and documents raising concerns about their competitive tactics over the years.

The lawmakers' inquiries touched on everything from Facebook's strategy behind buying smaller rivals like Instagram — which now has more than 1 billion monthly users — to whether Amazon uses third-party seller data to benefit its own private-label businesses.

The pointed questions, combined with the trouble that some CEOs — including Amazon's Jeff Bezos and Google's Sundar Pichai — had in addressing them, has already prompted speculation from some policy analysts that there could be momentum to update existing antitrust law or even push for breaking up some of the businesses.

Perhaps recognizing the difficult optics of Big Tech growing even bigger in the current environment, some of the executives attempted on Thursday to present their businesses as forces for good.

In a statement with the earnings report, Bezos said Amazon had created more than 175,000 jobs since March and had pumped billions into the economy through various capital investment projects.

On a conference call with analysts to discuss results, Cook stressed that Apple is "focused on growing the pie, making sure our success isn't just our success, and that everything we make, build or do is geared toward creating opportunities for others."

He also touted the impact of the App Store, which was the subject of much of the lawmakers' scrutiny of Apple.

"Especially in a time of Covid-19, you can measure economic resilience and the ways in which the App Store supports remote ordering for restaurants, digital commerce for small businesses, and an enduring entrepreneurial opportunity for creators and visionaries," he said.

But Cook also sounded almost apologetic about Apple's tremendous success at a moment when so many businesses are struggling.

"We're conscious of the fact that these results stand in stark relief during a time of real economic adversity," he said, "for businesses large and small."

Facebook CEO Mark Zuckerberg reused some of his prepared remarks from yesterday's hearing on a conference call with analysts on Thursday, calling the tech industry an "American success story," and saying that "the products we build have changed the world for the better and improved people's lives."

"Since Covid emerged, people have used our services to stay in touch with friends and family who they can't be with in person, and to keep their businesses running online even when physical stores are closed," Zuckerberg said on the call. "In many ways amidst this very difficult period for people around the world, our services are more important now than ever before."