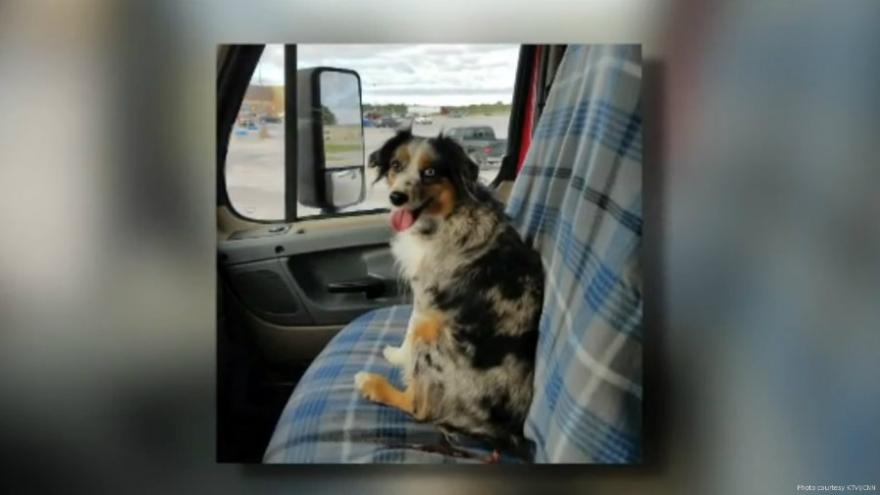 The Miniature Australian Shepard is Andre's service dog. He got her after the VA diagnosed him with Post-Traumatic Stress Disorder.

"It's better than any medication," she said.

Now, at a time Andre may need Summer more than ever, she's nowhere to be found.

Andre and Summer were involved in a car accident March 17 at the intersection of South Morrison Avenue and St. Clair Avenue in Collinsville, Illinois. They were both ejected from their SUV. Andre was rushed to the hospital and has been in the Intensive Care Unit ever since. A traumatized Summer ran from the scene.

On March 26, a police officer in Collinsville spotted Summer, still wearing her service vest, near Fairmount Park. She managed to evade his capture.

"If you try to approach her, she’ll probably run off," said Linda. "But if you lay down, she’s going to be like, ‘what’s this,’ and approach you."

Desperate to find her, Linda has posted flyers, reached out to police, sent out a MIMI Alert (an AMBER Alert for pets), and posted about her on lost pet sites. She feels the sooner Summer is found, the faster her brother will heal.

"All I’m asking is keep your eyes out driving in that area. Just look and see if you can spot her," said Linda.